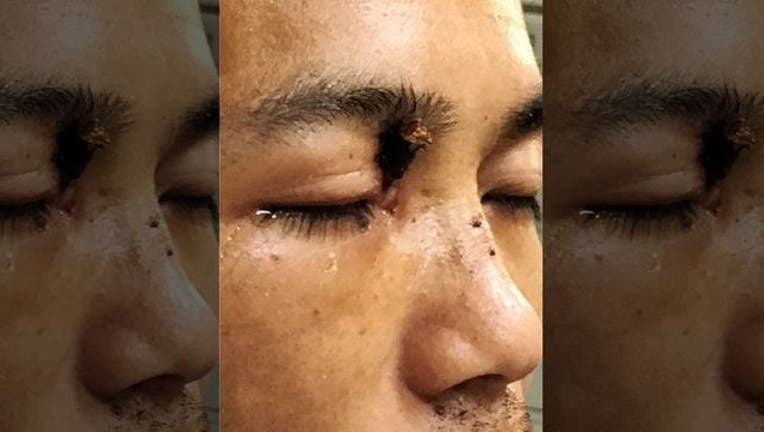 FOX NEWS - A man who claims he was blinded by an oncoming car’s high-beam lights while riding his electric bicycle is recovering after having a 7-inch tree branch removed from his right eye socket.

Wu Xuan, 34, said he accidentally drove into the branch, which was protruding from a tree, during a thunderstorm, Central European News (CEN) reported. He said he was blinded after a driver flashed his lights at him twice.

He then rode directly into the branch which became wedged in his eye socket and down his throat, CEN reported. Despite the gruesome injury, Xuan was able to ride to the hospital for help where he told doctors he could feel the branch in his throat.

A medic reportedly yanked the branch out after determining no major organ had been damaged. He should regain full use of his right eye, CEN reported.