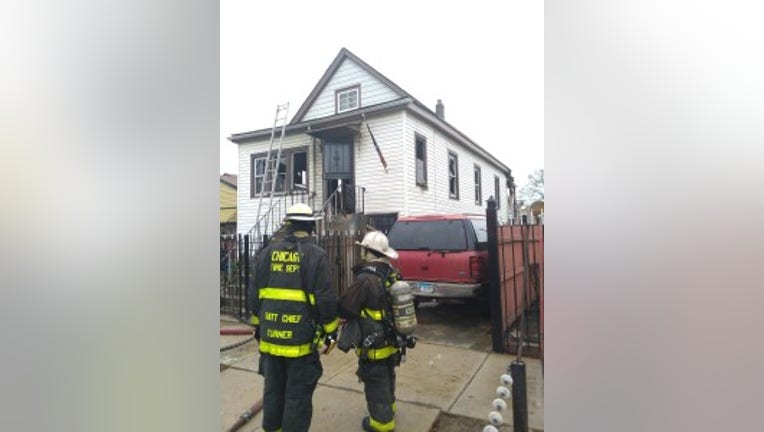 Firefighters standing in front of the home after extinguishing the fire. (Chicago Fire Department Media)

CHICAGO - A dog died after a fire broke out at a house Thursday afternoon in the East Side neighborhood.

The fire department received the call around 12:30 p.m. that the home was burning, Merritt said. The fire started in the rear of the home, which sustained the most damage, he said.

The family dog died but all other occupants were uninjured, department spokesman Larry Langford said. The cause of the fire remained under investigation.

Wednesday night, three children left alone at home survived a fire in the Washington Park neighborhood. An 8-year-old girl jumped to safety after throwing a mattress from a third-story window.