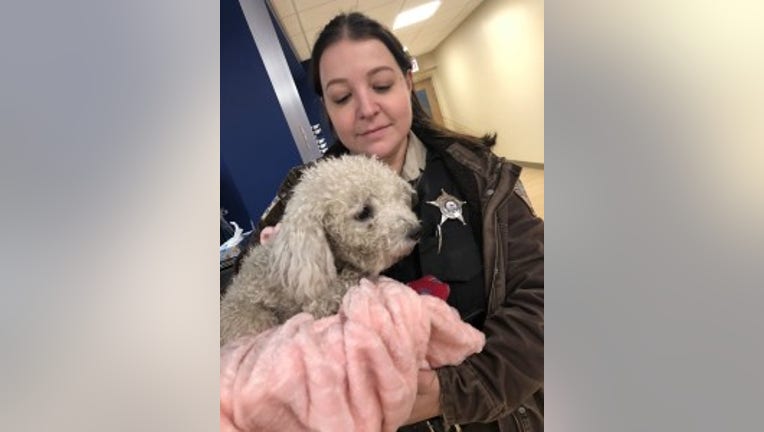 Animal Control Officer Jamie Pfeffer holds “Elf,” a Bichon who was rescued Dec. 15, 2019, on the South Side. | Facebook

CHICAGO - A small dog is expected to make a full recovery after being thrown from a moving car and left to die on the South Side.

“It seemed the intention was to kill him,” Friends of Chicago Animal Care and Control said in a Facebook post titled “Thrown From a Car and Left to Die.”

The dog was doing well Wednesday after hip surgery and has been named “Elf” in honor of his rescue during the holidays, the group’s founder, Charlie Propsom, said in an interview.

A mother and daughter witnessed the Bichon “come flying” from the moving car about 8 p.m. Sunday in the 700 block of West Garfield Boulevard and stopped to help him, according to Propsom and a statement from Chicago Animal Care and Control.

The mother — a former veterinary technical — picked him up, brought him home and bandaged him, but noticed that Elf was more badly hurt than she could care for, Propsom said.

Animal Control took him to MedVet Chicago, where Elf underwent surgery for a fractured pelvis and dislocated hip.

Propsom commended the work of her group’s After Hours Crisis Care Program, created in June to respond to injured animals when the city’s animal control medical staff is away. The group has treated 26 animals so far.

She said that Elf’s case turned out relatively well compared to other abused animals her group has cared for.

Animal welfare group Small Paws Rescue has donated funds to cover Elf’s surgery, and has already arranged for a foster mom for Elf, she said.

“There are now options in this city for even the poorest of the poor to safely release their animals,” Propsom said. “Why would anyone hurt their animal when they don’t have to?”