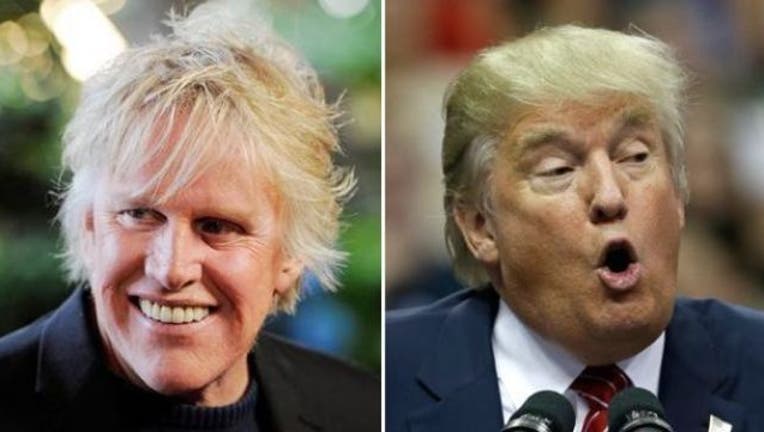 LOS ANGELES –  Right after his "Dancing with the Stars" debut, Gary Busey told FOX411 how much he believes in the Presidential candidacy of his former "Celebrity Apprentice" boss Donald Trump. The actor is bullish on the billionaire businessman's controversial campaign, saying on Monday night, "I know him personally. I know him professionally. He's a great guy. He's sharp. He's fast. He can change the country after the last eight years."

While Busey then said his lips were sealed and "I'm not getting into politics," he said he enjoyed "every day" working with Trump on two editions of "Celebrity Apprentice" -- and also was amused by being mentioned by Jimmy Fallon and the Donald on their Friday night "Tonight Show" skit. Fallon portrayed Trump interviewing himself while the real Donald answered the questions in the man in the mirror sketch that quickly went viral.

"I didn't expect it but Jimmy is a dear friend and he said, 'What do you think about Vice President Gary Busey?' and Donald said, 'No, I think he would be a Supreme Court Justice,' " Busey smiled.

When asked if he thought he could perform the Supreme Court job, the entertainingly eccentric star joked, "Hey, man, I think everything's happening."