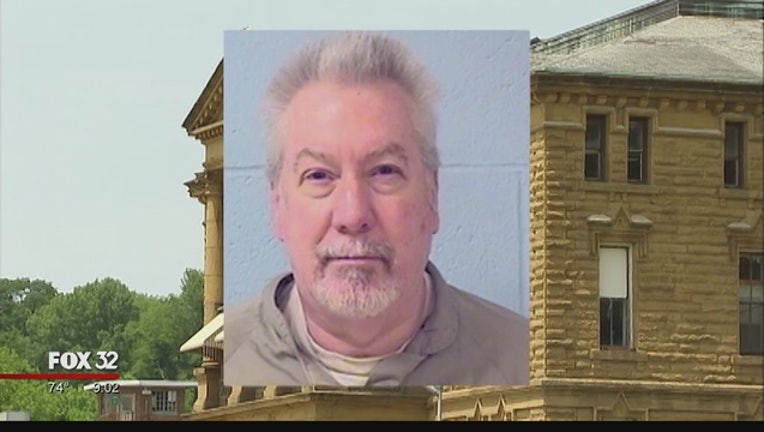 Peterson is accused of trying to hire someone while in prison to kill Will County State's Attorney James Glasgow, who helped convict Peterson in 2012 of killing Peterson's third wife, Kathleen Savio, eight years earlier. Prosecutors say Peterson believed that with Glasgow dead, he could win an appeal of his conviction.

The prosecution's star witness in the murder-for-hire trial is Antonio "Beast" Smith, who testified earlier this week that Peterson enlisted him to help kill Glasgow. On Friday, defense witnesses testified that Smith is a scam artist, according to the Chicago Tribune.

"He wasn't truthful," Jacob Bohannon said. "Sometimes (Smith) tells the truth. Most of the time he wouldn't."

Bohannon and Smith were convicted in the 2010 attempted murder of a woman whose home they were robbing. Bohannon is serving a 25-year sentence.

Peterson is serving a 38-year sentence in Savio's death and could get an addition 60 years if he's convicted in the murder-for-hire case. Smith wore a wiretap for prosecutors, and jurors heard hours of Smith's recorded conversations with Peterson at Menard Correctional Center in November 2014. In them Peterson appears to agree to have Glasgow killed by Smith's uncle.

Peterson's lead attorney, Lucas Liefer, has argued the recordings were difficult to understand and nonsensical.

Another inmate witness, Albert "Chino" Chavez, testified Friday that he for a time hung out with Peterson at Menard, but not after Smith was transferred back to the prison in 2014. Smith was moved out of the prison and returned after agreeing to wear the recording device.

"Because they were running a scam," Chavez testified when asked why he stopped spending time with Peterson and Smith. "(They were) trying to con some people."

Peterson has chosen not to testify.

Closing arguments are scheduled for Tuesday.