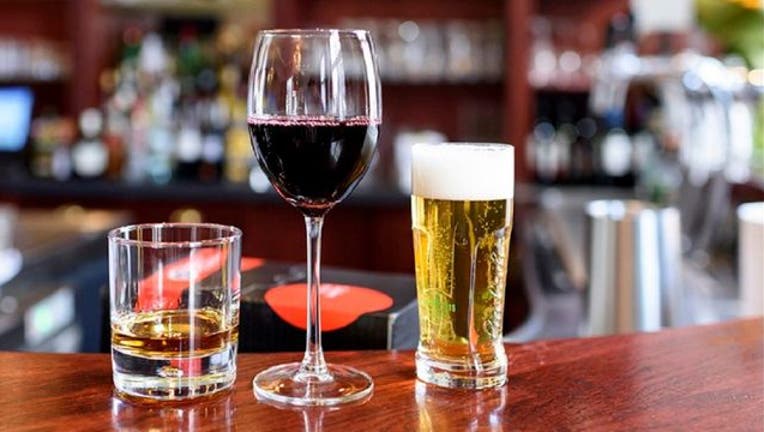 FILE: Glass of wine, beer and whisky on a bar. (FairfaxCounty.gov)

FOX NEWS - Just in time for the weekend, a new study released Thursday showed that the order in which one drinks beer or wine does not impact the severity of a hangover.

British and German researchers sought out to test the old theory.

The scientists took 90 people aged between 19 and 40 and split them into three groups for the study, the BBC reported.

The first group drank two-and-a-half pints of lager followed by four large glasses of white wine, and the second group had the same amount but in reverse order. A third group acted as a control group and had only beer or wine. After a week, the first two groups switched their drinks.

The results of the study were measured using a questionnaire, which found that the order of the drinks did not make a significant difference in the hangover scores, according to the BBC.