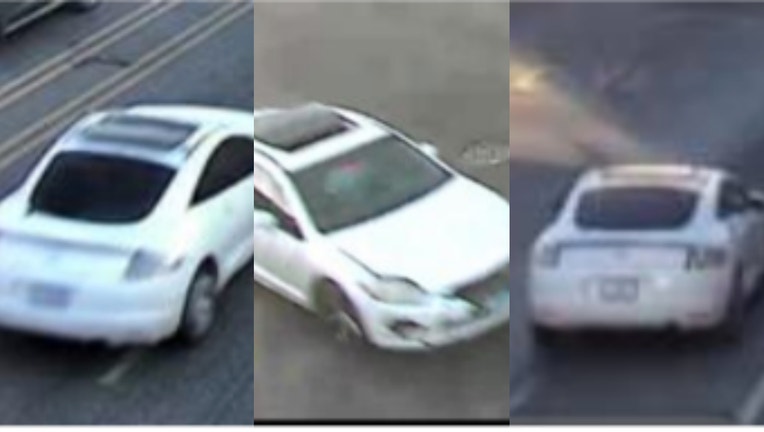 Police are searching for the driver of a Mitsubishi Eclipse.

CHICAGO - Police are searching for the driver of a Mitsubishi Eclipse involved in a hit-and-run crash Tuesday in Chicago Lawn that left a pedestrian critically wounded.

The driver struck a pedestrian crossing the street in the 2500 block of West 63rd Street, Chicago police said.

The pedestrian was taken to Christ Medical Center in Oak Lawn in critical condition, police said.

The white Mitsubishi coupe is thought to be between a 2006 and 2012 model, police said. The vehicle has a sunroof and front-end damage.