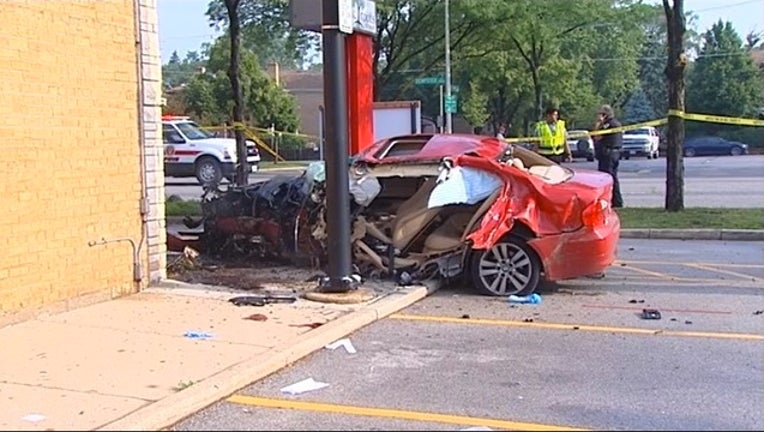 A driver was injured in a crash Friday morning in Skokie. | Network Video Productions

SKOKIE (Sun-Times Media Wire) - One person was injured when a car hit a tree and building Friday morning in north suburban Skokie.

The car hit a tree and a building in the 3400 block of Dempster in Skokie at 7:35 a.m., according to Skokie Police Officer Tammy Jacobsen.

The male driver was taken to Presence St. Francis Hospital, although his age and details about his condition were not immediately known, according to police and the Skokie Fire Department.

The vehicle sustained heavy damage in the crash and there was minor damage to the storefront that was hit, Skokie Fire Department Battalion Chief Gabe Millard told reporters at the scene.