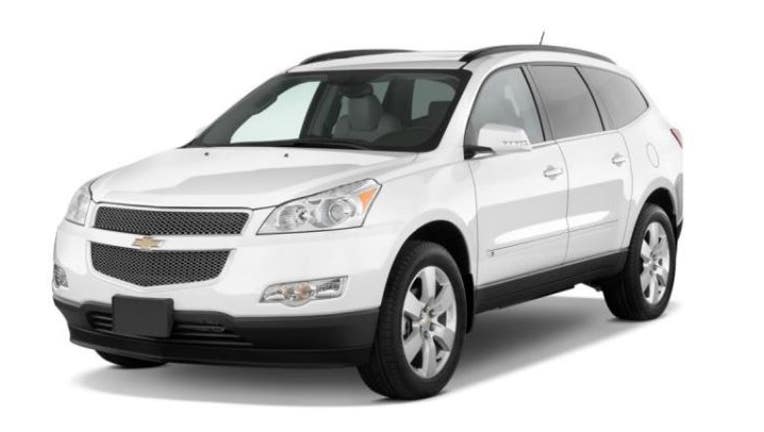 CHICAGO - Police are seeking the driver of an SUV that struck and seriously injured a bicyclist last week in the Humboldt Park neighborhood.

On July 27 around 9 p.m., a white Chevrolet Traverse with a model year between 2004 and 2012 struck a bicyclist in the 1300 block of North Kostner Avenue before fleeing the scene, according to Chicago police.

The driver of the SUV, which had a moon roof and tinted windows, fled the scene northbound on Kostner Avenue without stopping or contacting emergency services, police said.

Anyone with information on the hit-and-run is asked to contact the Major Accident Investigation Unit at (312) 745-4521.