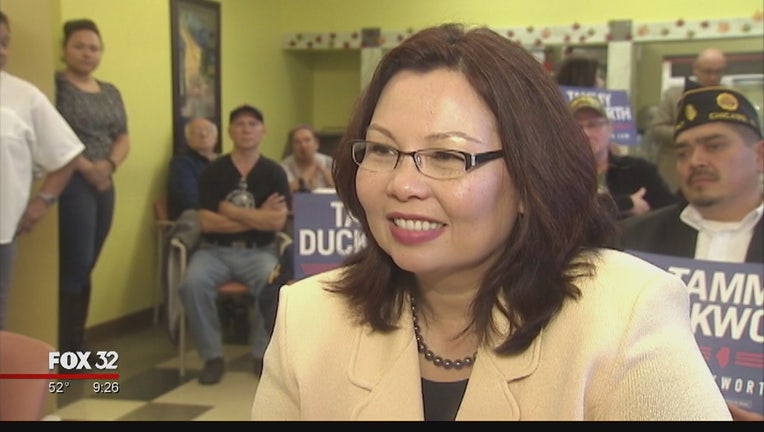 CHICAGO - Democratic U.S. Sen. Tammy Duckworth on Tuesday took to Twitter to announce plans to run in 2022 for a second term.

In her brief tweet, Duckworth claimed her work for Illinois families and veterans isn’t finished. Duckworth, who turns 53 on Friday, is launching her re-election bid without a prominent Illinois Republican actively mounting a campaign to challenge her.

After serving two terms in the House from a suburban Chicago district, Duckworth in 2016 defeated Republican Sen. Mark Kirk.

Duckworth, who served in the reserves for 23 years before retiring with the rank of lieutenant colonel in 2014, is a member of the Senate Armed Services Committee and the Environment and Public Works; Commerce, Science and Transportation; and Small Business committees.

During her first term Duckworth became the first senator to give birth while in office. Husband Bryan Bowlsbey works in the information technology field.