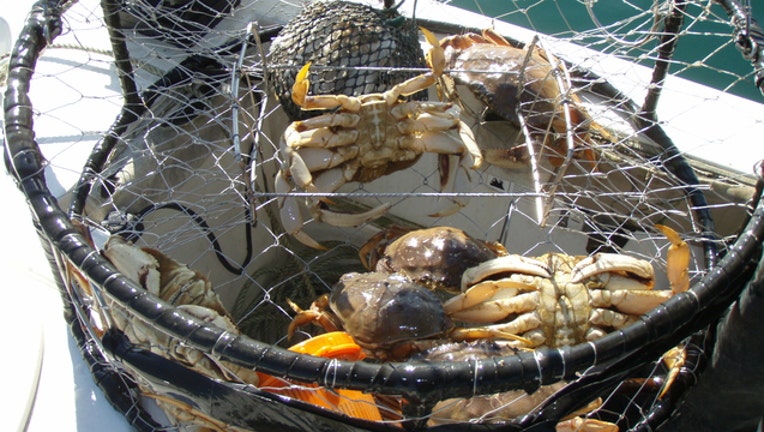 Crabs - Stock photo from California Dept of Fish and Wildlife

SEATTLE - Officials in Washington state say they're delaying the start of Dungeness crab season by two weeks because of harmful algae.

KING-TV reports that the Washington Department of Fish and Wildlife announced Friday that the opening of the season on Washington's coast is being moved from Dec. 1 to Dec. 16.

Officials say the crabs contain domoic acid that can build up in crabs and is like poison for the brain for anyone who consumes the crabs. They say it can lead to short-term memory loss and even death.

Officials also say the crabs are low in meat and need more time to grow.