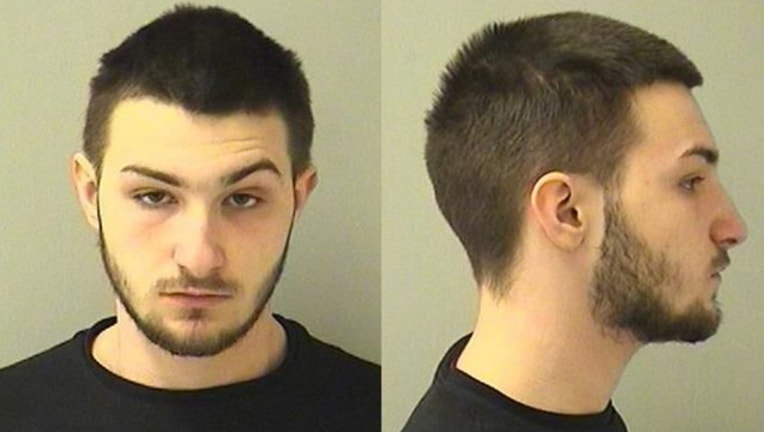 SUN TIMES MEDIA WIRE - A man and a teenage boy are charged with robbing another man Tuesday after using a dating app to lure him to a parking lot in west suburban Aurora.

Hayden Motley, 20, and the 15-year-old were each charged with a felony count of robbery, according to a statement from Aurora police.

The victim believed he was going to meet a female he met through the Scout app about 2:30 p.m. outside an apartment complex in the 2100 block of Best Place, police said.

When he arrived, Motley and the boy put him in a chokehold, took his wallet and punched him in the face, police said. The man was not seriously injured.

The robbers ran away but were found nearby and taken into custody, police said. They may be part of a larger group that has been committing similar robberies in the area over the past few weeks.

The teen was taken to the Kane County Juvenile Justice Center for a detention hearing, police said.

Motley, who lives in Elburn, was taken to the Kane County Adult Justice Center, where he was ordered held on $70,000 bail, according to police and the Kane County sheriff’s office. He was released Thursday after posting bond.