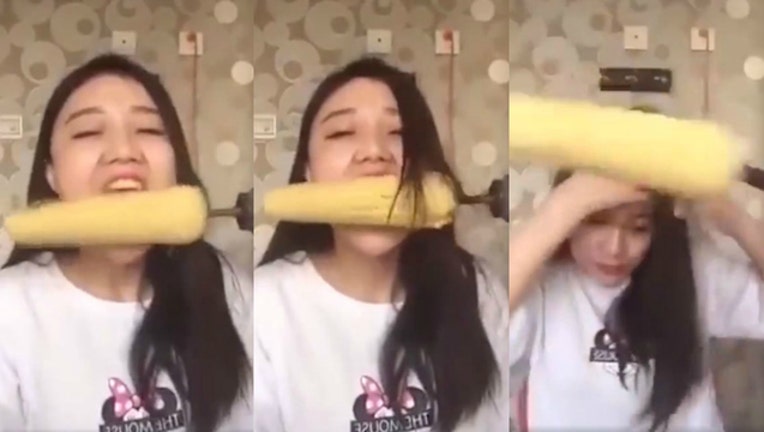 FOX NEWS - According to the internet, people have been attempting to eat corn on the cob using an electric drill.

A girl in China decided she'd try her luck at the "challenge" and ended up demonstrating one reason why it's a terrible idea.

As you can see in the now-viral video above, the girl did not bother to tie her long hair in a ponytail.

A chunk of her hair quickly got wrapped around the spinning corn, which yanked it right out of her head.

WARNING: This video could be disturbing to some viewers