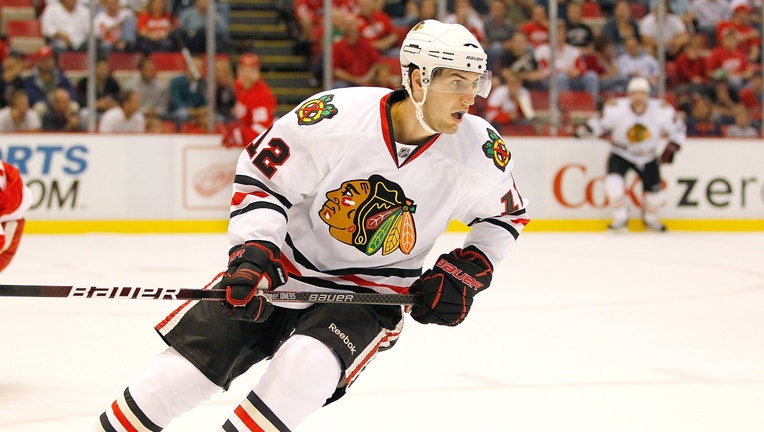 CHICAGO - Former Blackhawk Kyle Beach came forward on Wednesday to say that he is the one who was assaulted by former Blackhawks video coach Brad Aldrich.

Beach spoke with Rick Westhead on TSN's SportsCentre about what made him finally come forward with his allegations. He said that years later, when he Googled Aldrich, he realized that Aldrich had gone on to assault another player: a 16-year-old boy in Houghton, Michigan.

Beach talked about what his message was to that player, if he is watching:

"I’m sorry. I’m sorry I didn’t do more, when I could, to make sure it didn’t happen to him. To protect him. But I also wanted to say thank you to him. Because when I decided, after a teammate asked me about it when I was playing overseas, and I decided to Google Brad Aldrich’s name and that’s when I found out about the Michigan individual, the Michigan team. And because of what happened to him, it gave me the power and the sense of urgency to take action, to make sure it didn’t happen to anybody else. So, I’m sorry, and I thank you. And I hope at some point down the road, if he’s open to it, I would love to meet him. Because unfortunately, we share something in common – it’s going to be a part of us for the rest of our lives."

Beach's lawsuit against the Blackhawks led to a massive investigation that showed that several Blackhawks higher-ups knew about his allegations that Aldrich had sexually assaulted him and did nothing. The investigation found that some were concerned the allegation would be a distraction during the team's 2010 drive towards the Stanley Cup.

On Wednesday afternoon, after Beach came forward, the Blackhawks put out a statement that read in part:

"First, we would like to acknowledge and commend Kyle Beach’s courage in coming forward. As an organization, the Chicago Blackhawks reiterate our deepest apologies to him for what he has gone through and for the organization’s failure to promptly respond when he bravely brought this matter to light in 2010. It was inexcusable for the then-executives of the Blackhawks organization to delay taking action regarding the reported sexual misconduct. No playoff game or championship is more important than protecting our players and staff from predatory behavior."

The report on Beach's allegations led Blackhawks General Manager Stan Bowman to quit immediately on Tuesday after its release.

On Wednesday, former Blackhawks coach Joel Quenneville, who is quoted in the report as saying he wanted the team to focus on the Stanley Cup and not be distracted, said that he plans to meet with the NHL commissioner on Thursday. Quenneville had said over the summer that Beach's lawsuit was the first time he had heard of the allegations; Quenneville has not responded to new questions about whether that statement is true, or the report is true.

The Chicago Blackhawks mishandled allegations that an assistant coach sexually assaulted a player during the team’s Stanley Cup run in 2010, according to an investigation commissioned by the franchise that cast a shadow over the NHL on Tuesday.