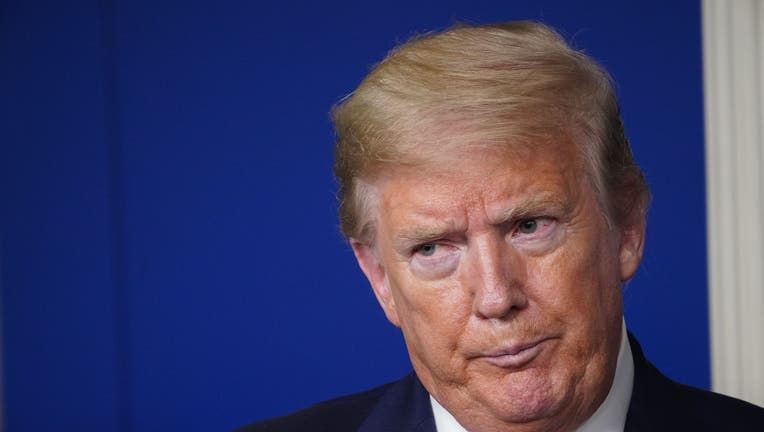 US President Donald Trump speaks during the daily briefing on the novel coronavirus at the White House on April 22, 2020. (Photo by MANDEL NGAN/AFP via Getty Images)

WASHINGTON, D.C. - The chairman of the company that includes the Expedia travel business says the coronavirus outbreak has done catastrophic damage to the U.S. economy and a lack of leadership from Washington is hampering the response.

Expedia Group Chairman Barry Diller says business bankruptcies will be widespread and that President Donald Trump's prediction that the economy will begin to rebound by summer is unrealistic.

"The damage that's being done is catastrophic," Diller said.

He added that he expects Americans will begin to return to work in large numbers by Labor Day in early September. He said the summer would be a "big mess" as companies try different approaches to reopening.

He said the federal government has to step up its response with clear, science-based instructions about whether Americans can resume normal activities and under what restrictions.

"Unfortunately, we have a witch doctor as president and he ain't gonna tell us," Diller said on CBS' "Face the Nation."