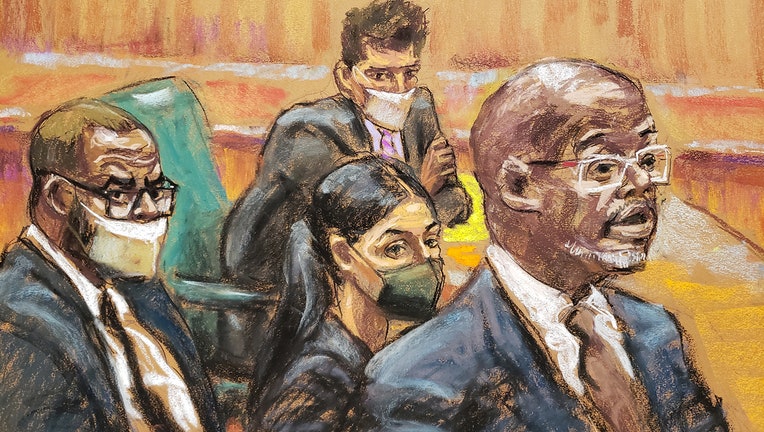 One witness was a former assistant for the R&B singer who echoed the testimony of other ex-employees describing his mercurial behavior and the control he exerted on everyone around him.

The other was an expert witness on abusive relationships who is to return to the witness stand for cross-examination on Monday before the government rests.

The expert, psychologist Dawn Hughes, testified about studies showing that many abusers systematically isolate, demean, subjugate and spy on their victims as means of control — all tactics allegedly used by Kelly. Generally speaking, it isn't unusual for powerful people like Kelly to be surrounded by underlings who "knew about it and didn't do anything," Hughes said.

We are roughly one month into the R. Kelly sex trafficking trial. With the prosecution expected to rest its case soon and the R&B singer's defense beginning Monday, see a preview of Street Soldiers' look at the case and how we got here.

The defense was expected to begin putting on its case later Monday, with closing arguments possible before the end of the week at a New York City trial that began on Aug. 18.

The 54-year-old defendant, born Robert Sylvester Kelly, has pleaded not guilty to racketeering charges accusing him of running a Chicago-based enterprise of managers, bodyguards and other employees who helped him recruit and transport his victims. That alleged travel violated the Mann Act, which makes it illegal to transport anyone across state lines for the purpose of sexual exploitation.

The Grammy-winning artist has vehemently denied the charges, claiming that the women were groupies who wanted to take advantage of his fame and fortune until the #MeToo movement turned them against him.