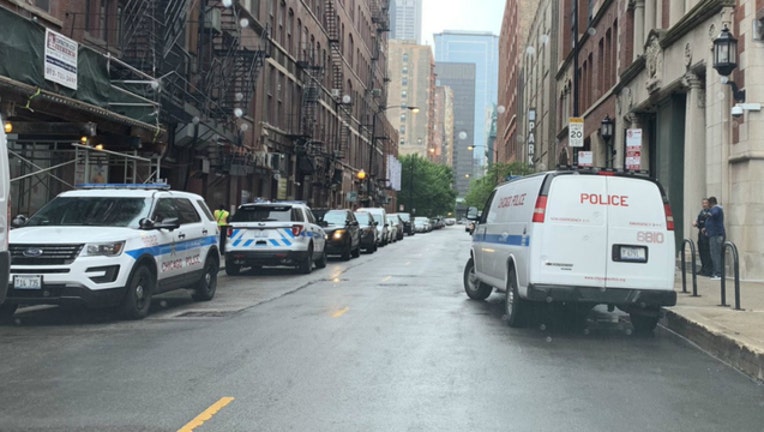 CHICAGO (Sun-Times Media Wire) - An unfounded report of a person with a gun in the South Loop prompted a lockdown at a nearby high school.

Officers were called for a person with a gun in a retail business shortly before noon Wednesday in the 700 block of South Plymouth Court, Chicago police said.

Two juveniles were arrested about a block away at Harrison and Dearborn inside a convenience store, but they were found without weapons, police said

Jones College Prep, located a block away at 700 S. State St., was briefly locked down as a precaution, a police source said.

The two boys were expected to be charged with criminal trespassing, police said. The incident was initially reported by police as an armed robbery.