Nikolas Cruz, 23, is still facing the death penalty after pleading guilty on all charges in the 2018 mass shooting at Marjory Stoneman Douglas High School in Parkland, Florida.

PARKLAND, Fla. - Nikolas Cruz, 23, is still facing the death penalty after pleading guilty on all charges in the 2018 mass shooting at Marjory Stoneman Douglas High School in Parkland, Florida.

Cruz spoke Wednesday before the court, which was packed with victims' family members, apologizing to them after pleading guilty to all 17 counts of murder.

"I am very sorry for what I did and I have to live with it every day, and if I were to get a second chance I would do everything in my power to try to help others," Cruz said.

His plea for a second chance comes with a death penalty trial looming.

"I'm sorry and I can't even watch TV anymore and I'm trying my best to maintain my composure and I just want you to know I'm really sorry and I hope you give me a chance to try to help others," Cruz said as he appeared to be addressing the court and his victims' families. 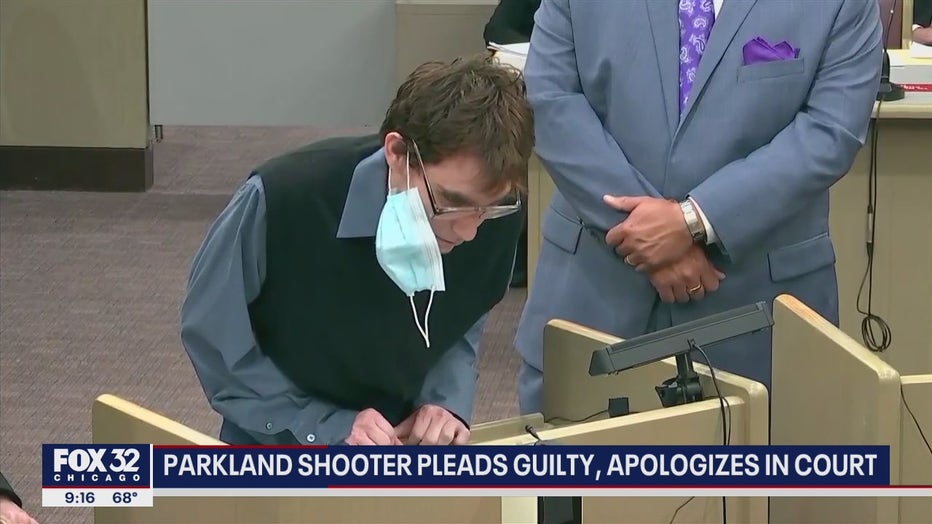 Another said, "the person you saw in there today chose to take his life and he does not deserve life in prison. Life in prison is a life. He deserves nothing more than the death penalty."

The case now heads to a penalty trial in which a jury will decide whether Cruz should be executed or sentenced to life without parole. That trial could start as early as January of 2022.