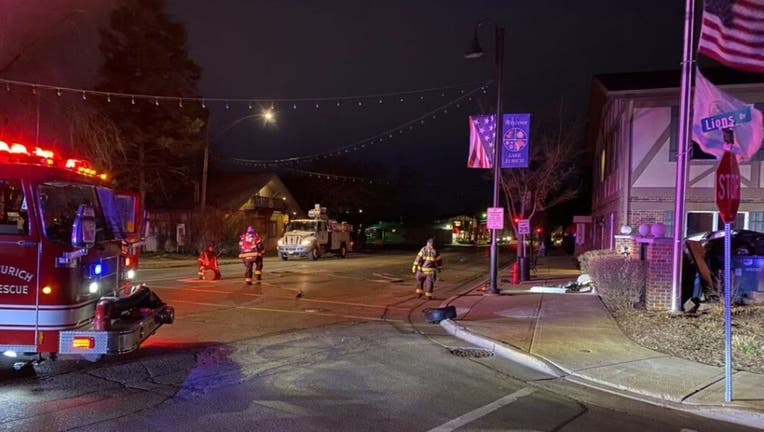 Crews responded to a fatal crash near Main Street and Lions Drive in Lake Zurich on March 15. (Lake Zurich police)

LAKE ZURICH, Ill. - A driver died after he lost control of his vehicle Monday and crashed into two electrical boxes and a brick wall, shutting off power to Lake Zurich’s Village Hall.

The crash happened about 4:45 a.m. near the intersection of Main Street and Lions Drive, according to a statement from Lake Zurich Police Deputy Chief David Anderson.

A southbound Ford lost control and collapsed into the electrical boxes and a brick wall at 70 E. Main St., Anderson said.

The only occupant of the car died at the scene, he said.

He was identified as Tyler Wills, 39, of Lake Zurich, by the Lake County coroner’s office. Preliminary autopsy results indicate he died of blunt force trauma from the crash.

Village Hall would be closed Monday since the crash affected power to the building, the Village of Lake Zurich said on Facebook.