Fearing trouble, Englewood residents kick protesters out of their neighborhood

“If you ain’t from Englewood, get the F*** out of here,” longtime neighborhood resident Darryl Smith told protesters.

CHICAGO - After some tense moments in Englewood, a standoff between residents and protesters has ended peacefully.

A protest Tuesday started over a Chicago police-involved shooting and ended when Englewood residents pushed back. Expletives were dropped, and there was pushing and shoving, which forced the protesters to retreat.

A caravan started on 64th and Cottage Grove, and the protesters eventually ended up in front of the 7th District police station, but it didn’t last long.

“If you ain’t from Englewood, get the F*** out of here,” longtime neighborhood resident Darryl Smith told protesters. 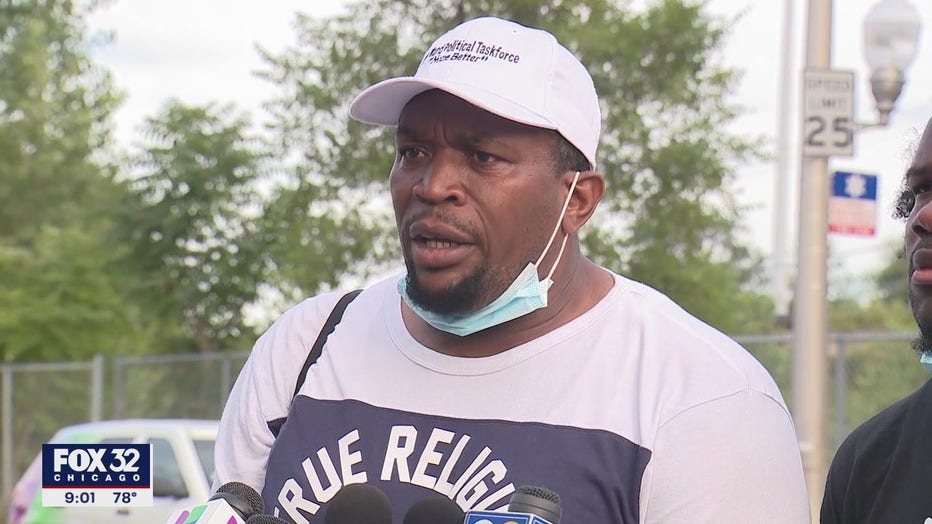 Smith is very passionate about his community. It makes sense because he’s never left Englewood.

His anger stems from Sunday when Chicago police shot 20-year-old Latrell Allen. Police claim the young man fired at them first on 56th and Aberdeen in Englewood.

“First time they heard something he was 15. He got shot and a lady got shot. It goes to social media and you have to learn the facts, you have to have facts in this matter,” Smith said.

Police believe the shooting of Allen and tension at the scene with neighborhood residents sparked looting in downtown and on the Gold Coast.

“A lot of people saying the looting started because of Englewood. We are tired of Englewood getting a black eye, those people were opportunist,” Smith said.

He says he’s not buying it and he and other Englewood residents had wanted the protesters from Black Lives Matter Chicago, Good Kids Mad City and other groups to leave.

After some tense moments, the protesters were sent packing, marching away from the 7th District police station.

“We refuse to let anyone come to Englewood and tear it up,” said activist Charles McKenzie.

Part of what the protesters were voicing their concerns over was they want the ordinance passed for an elected governing body over CPD, which would be known as the Civilian Police Accountability Council.