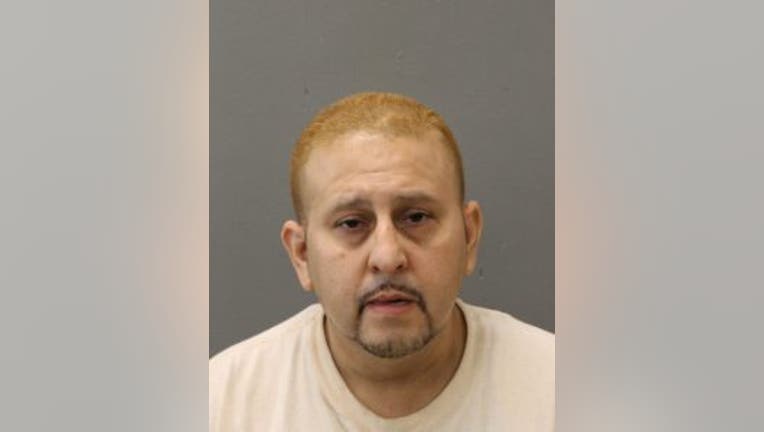 CHICAGO - A convicted felon who allegedly stabbed his son-in-law five times during an attack earlier this summer in the East Side neighborhood later told his daughter he "should have finished the victim off," prosecutors said during his initial court hearing Sunday.

Jessie Ramos, 49, was charged with a felony count of aggravated battery in the June 4 stabbing in the 9700 block of South Avenue M, where he lives.

That day, Ramos emerged from his first floor apartment and began spitting at his son-in-law and another person as they stood outside, prosecutors said. During the hearing, it was revealed that Ramos’ son-in-law previously lived in the same building with his wife and children.

Asked why he was being disrespectful, Ramos allegedly started swinging a "sharp object" at his son-in-law, prosecutors said. The 29-year-old victim suffered five stab wounds to his body and was rushed in critical condition to a hospital, where a stent had to be placed in one of his arteries.

Ramos was ultimately arrested on Aug. 12, prosecutors said. He has seven prior felony convictions, mostly for driving, theft and drug offenses.

Courtney Smallwood, Ramos’ court-appointed lawyer, explained he’s a father of three who has worked as a carpenter the past five years. While Smallwood asked Judge Charles Beach to release her client on his own recognizance, Beach rebuffed the request.

"Just as concerning as the actual act of stabbing this individual is the continuing threat that he should have finished the job," the judge noted.

Beach set Ramos’ bail at $75,000, meaning he’ll need to put up $7,500 to get out of the Cook County Jail. Should he do so, Ramos will be placed on electronic monitoring and required to stay away from his son-in-law.

His next court date was set for Aug. 23.