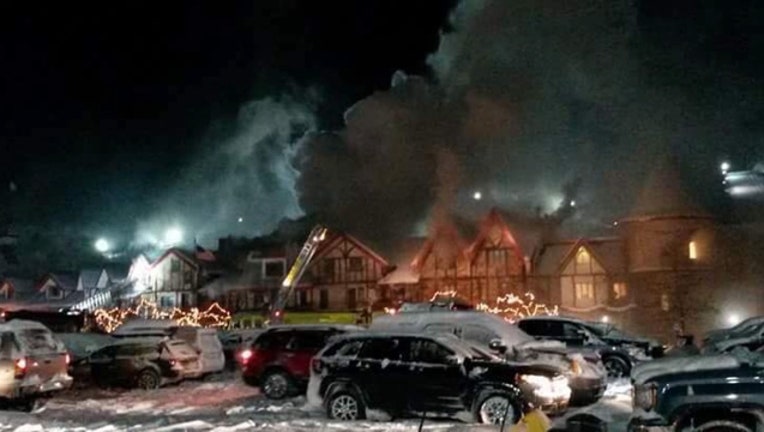 The resort said the injuries didn't appear to be life-threatening, although one person was taken to a hospital about 180 miles away in Grand Rapids.

Boyne said 40 percent of the lodge has some fire damage, and much of the rest of the building was affected by smoke and water. There were 113 guests in 64 rooms.

The fire was reported around 1:30 a.m. Sunday at the lodge in Harbor Springs, 75 miles northeast of Traverse City. The cause was under investigation and the resort was closed.

"There was smoke billowing all over the place," said local photographer Alex Childress, who drove to Boyne around 3 a.m. when he heard about the fire.

General Manager Mike Chumbler said staff went door to door to ensure that guests had been alerted. They were moved to lodging elsewhere at the resort.

"We, as a resort, in the last year have gone through a mock fire scenario. ... I'm proud of our response and that the team stepped up. It was good that we practiced like we did," Chumbler said.

It was Boyne's third weekend of the winter season -- and a snowy one.

"The weather was just turning for us," Chumbler told the Petoskey News-Review.