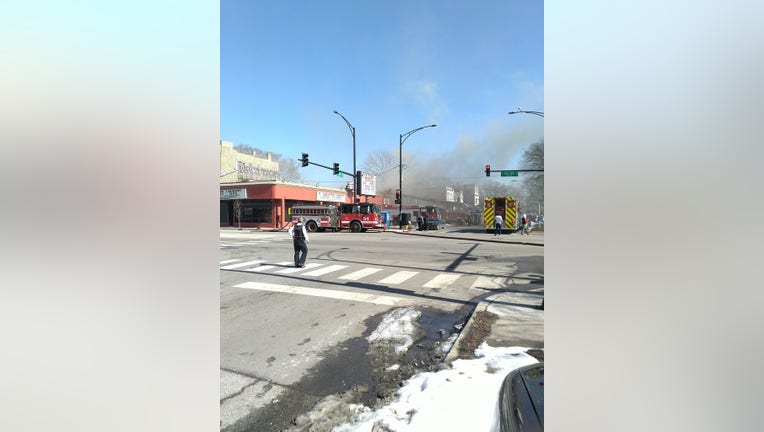 CHICAGO - No one was injured after a fire broke out at a commercial building Wednesday in Englewood.

Firefighters responded to fire about 1 p.m. at a restaurant and a laundromat in the 700 of West 61st Street where a caught on fire, according to the Chicago Fire Department.