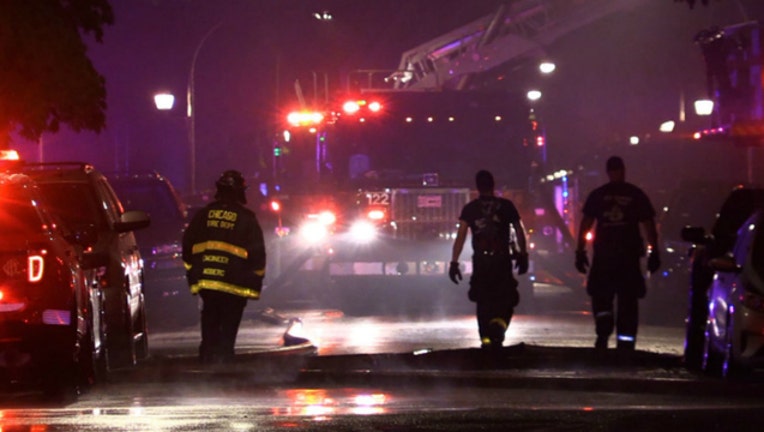 Fire officials investigate a fire about 11 p.m. Saturday, June 2, 2018 in the 8200 block of Indiana Avenue in Chicago. | Justin Jackson/ Sun-Times

CHICAGO (Sun-Times Media Wire) - Fire crews worked for over an hour to put out a fire in a vacant building Saturday night in South Side Chatham.

Emergency crews responded to the fire about 10 p.m. in the 8200 block of South Indiana, according to Chicago Fire Media.

The building was vacant, and a collapsed roof made the building unsafe for entry, the department said.

The fire was extinguished and no injuries were reported.