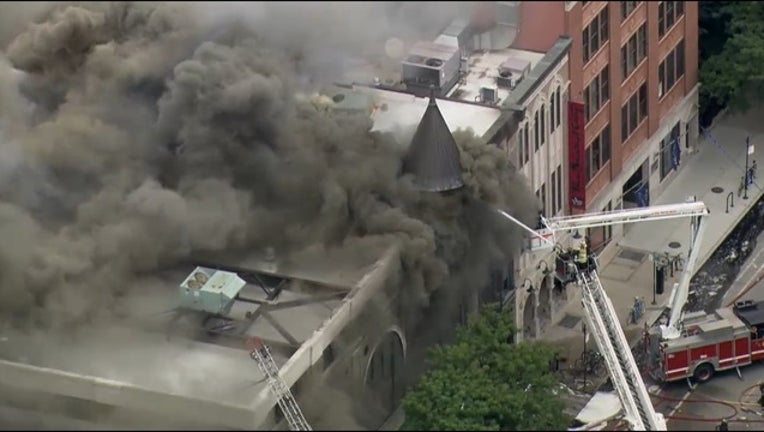 CHICAGO (AP) — Second City CEO Andrew Alexander says the Chicago improv comedy troupe is canceling all performances scheduled through September 20th due to a fire that destroyed its offices.

Alexander said Friday that though its Mainstage, e.t.c. Stage and UP Comedy Club theaters were in good condition after the fire, carpet, wiring and lighting have to be replaced because of smoke damage. He says the target date for reopening in the troupe's Piper's Alley complex in the Old Town neighborhood is Sept. 21.

The August 26 fire that started in the kitchen of a restaurant next door to the comedy theater reached the offices through vents in the building, but did not reach the theaters.

Since the fire, Second City classes have been held off-site at various theaters and businesses.