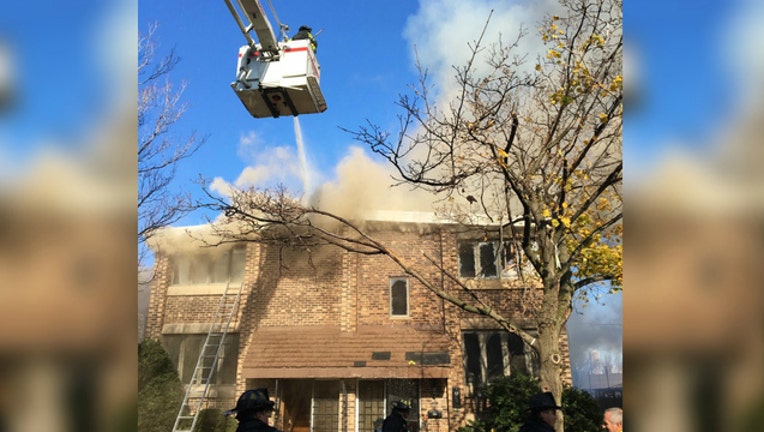 A firefighter was injured battling a blaze Monday morning at a South Side townhouse. | Chicago Fire Media

CHICAGO (SUN TIMES MEDIA WIRE) - A firefighter was injured battling a blaze Monday morning on the South Side.

The fire was reported at a two-story townhouse in the 200 block of West 25th Street, according to Fire Media Affairs.

One firefighter was taken to Mercy Hospital in fair-to-serious condition, according to Fire Media.

All residents were accounted for and no other injuries were reported. Human Services was requested for one adult and one child.

The cause of the blaze remains under investigation.