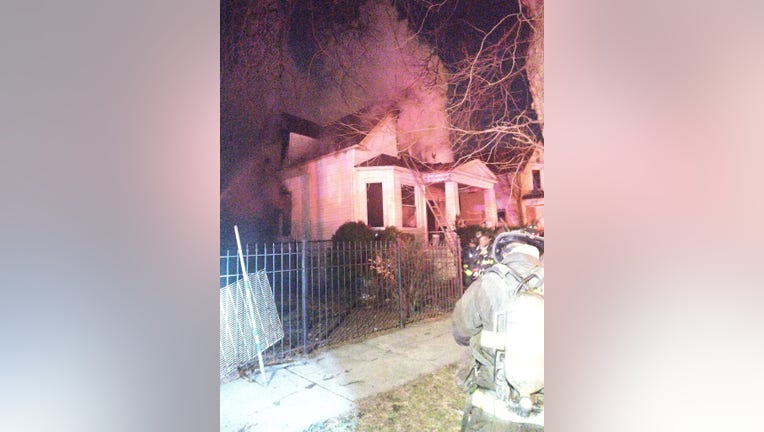 A firefighter almost fell completely through a floor during a blaze March 18, 2021, in the 2000 block of West 68th Street. | Chicago Fire Department

CHICAGO - A Chicago firefighter saved himself from falling through the floor of a burning house Thursday evening in the West Englewood neighborhood.

The firefighter grabbed onto something as he fell in and immediately returned to fighting the fire, according to a statement from the Chicago Fire Department.

He was "OK and back on the pipe", the department said on Twitter.

The incident happened while crews responded to a blaze Thursday evening in the 2000 block of West 68th Street.

A CFD spokesman was not immediately available for comment.