A group of kids lit a fireworks display on fire in the aisle of a Hy-Vee grocery store in Eagan, Minnesota Monday afternoon.

EAGAN, Minn. (FOX 9) - Police took a group of teenagers into custody after they reportedly set a fireworks display on fire inside a Hy-Vee grocery store in Eagan, Minnesota Monday afternoon.

Police and firefighters responded to the incident at 1500 Central Park Commons Drive, according to Eagan Police Department spokesman Aaron Machtemes. Crews were able to put out the fire, but smoke filled the store, closing it Monday afternoon. 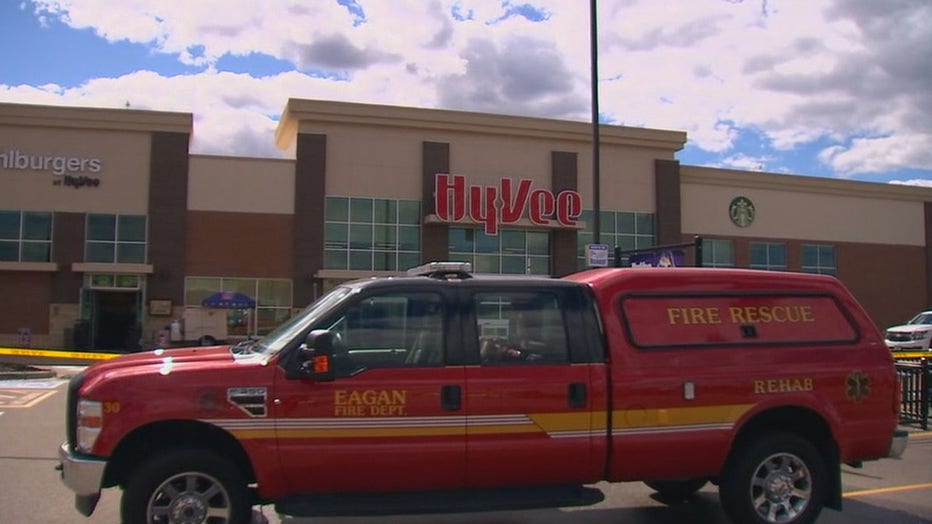 Police and fire crews responded to a fire at the Hy-Vee in Eagan, Minnesota.

No one was injured. The amount of damage is still being determined.

Three boys, ages 14, 15 and 16 years old, were arrested and released, according to police. The Dakota County Attorney's Office is considering charges.