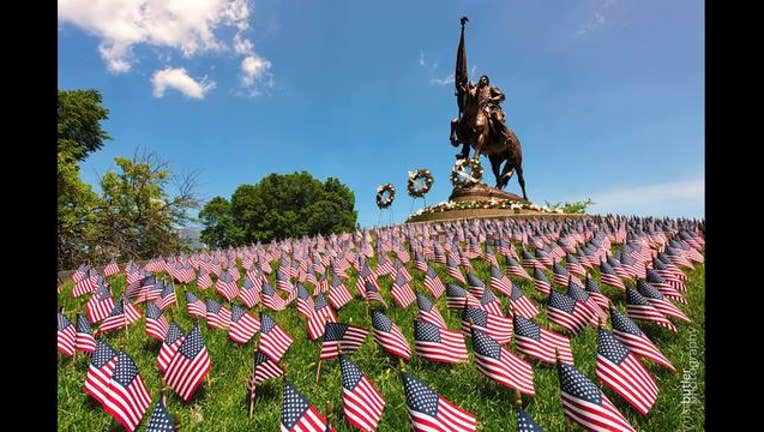 CHICAGO (AP) - A hill in a downtown Chicago park has been decorated with 6,882 American flags for each American serviceman killed in Afghanistan and Iraq since the Sept. 11, 2001, terrorist attacks.

The flags were part of Memorial Day ceremonies at Grant Park on Monday.

The sponsors of the event, the Chicago Cultural Mile Association, said a wreath-laying and rededication ceremony was also planned at the General John A. Logan Monument in the park. The Civil War general was a founder of Decoration Day, which later became known as Memorial Day.

Saxophonist Frank Catalano was scheduled to sing the national anthem and Chicago Blackhawks favorite, Jim Cornelison, was to sing "God Bless America." The ceremonies included a 21-gun salute by members of the Chicago Police Department.