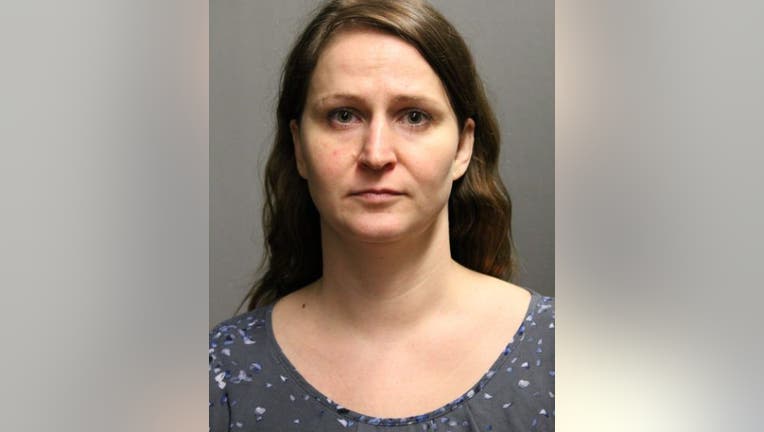 Sara Damyan met the boy, who was in eighth grade, at Albany Park’s Alessandro Volta Elementary School last year, according to Cook County prosecutors. The boy wasn’t her student, but she would bring snacks to him and other students after school. She also allegedly gave the boy and the others her cellphone number.

Eventually, Damyan, 33, and the boy began talking on the phone while he was at home, prosecutors said. She allegedly told the boy she liked him, but he told her he was “concerned about the age difference.” Still, Damyan suggested they should go out, prosecutors said.

The boy followed up by going to her home where Damyan gave him tea with marijuana in it and cannabis gummy bears, prosecutors said. Then, while they were watching a movie, Damyan allegedly kissed the boy and sexually assaulted him.

After the first encounter, the boy texted Damyan, asking her not to tell anyone what had happened. The next day, the boy went to Damyan’s home again where she sexually assaulted him once more, prosecutors said.

When Damyan met up with a friend about the two weeks later, the friend noticed Damyan carrying a teddy bear. The friend found this “odd” and asked Damyan about it. Damyan admitted she got the bear from a student she had sex with, prosecutors said. Damyan also allegedly said the bear was used to hide marijuana pens and brought it to work so she and the student could smoke at school, She referred to the teen as her “boyfriend” and said they had sex at her home, prosecutors said.

The friend relayed the information to Damyan’s school, at 4950 N. Avers Ave., and a subsequent investigation found that Damyan and the boy communicated over the phone about 12,000 times, mostly over text, prosecutors said. The pair also once talked over the phone for nearly two hours.

Damyan was removed from her classroom job in March 2019 and hasn’t been employed by CPS since September, according to CPS spokeswoman Emily Bolton.

“The safety of our students is the district’s top priority and the district immediately removed the former employee from her position in March 2019 in response to serious allegations,” CPS spokesman James Gherardi said in an emailed statement.

“The district will provide supports to the school community and we will continue to fully support law enforcement and the State’s Attorney’s Office during the criminal proceedings,” he said.

Damyan turned herself into police Monday and she was subsequently charged with one felony count of criminal sexual assault.

Her next court date is scheduled for March 9.