DIXON, Ill. - The former Dixon comptroller convicted of stealing nearly $54 million from the northern Illinois city was released early from prison on Wednesday.

Crundwell was sentenced in 2013 to nearly 20 years in prison after being convicted of wire fraud. The 67-year-old woman's release date was supposed to be Oct. 29, 2029. 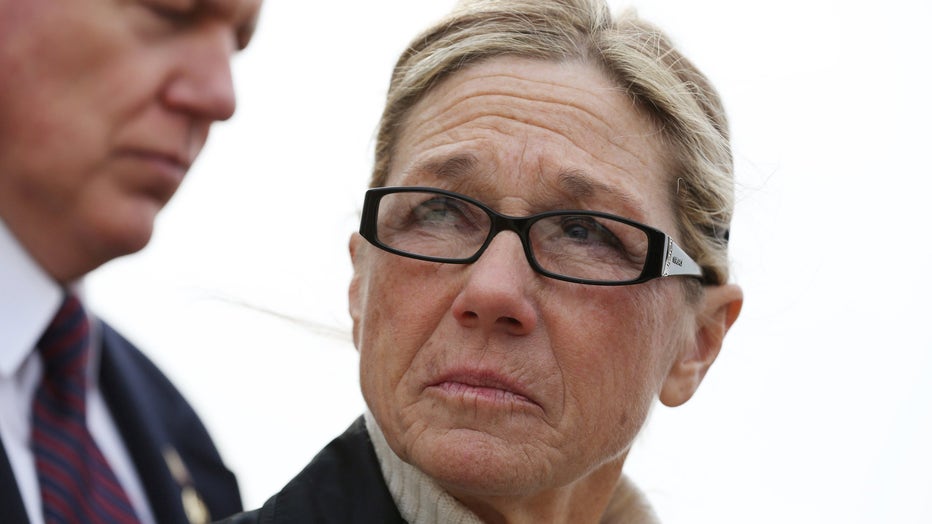 Rita Crundwell, former comptroller for the City of Dixon, Ill., turns away as her attorney briefly speaks with the media after Crundwell plead guilty in federal court in Rockford, Ill., on Wednesday, Nov. 14, 2012. Crundwell stole $53 million in fund

On April 22, 2020, Crundwell petitioned a federal judge for early release based on her "deteriorating health condition" and the COVID-19 pandemic.

Crundwell at the time had also said she was a model minimum-security prisoner.

"It is incredibly frustrating that Dixon was given no victim notification of Rita Crundwell’s release," Dixon Mayor Liandro Arellano said in a statement. "Dixonites are still dealing with the social and financial aftermath of the damage she did, and our community deserved notice of and reasoning for this decision."

The reason for her early release was not disclosed, Dixon officials said.