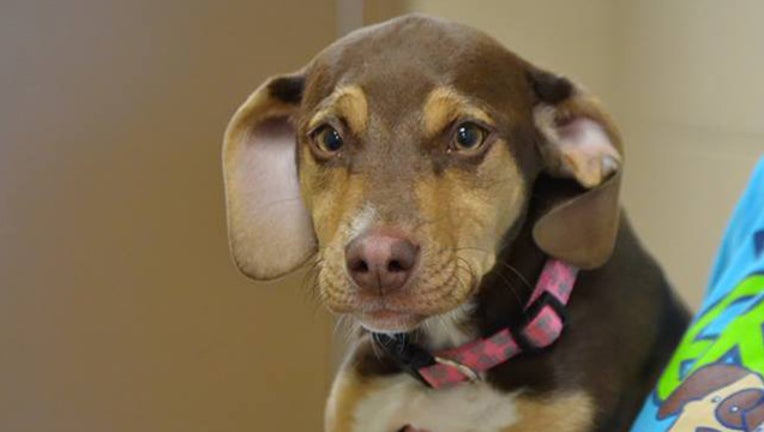 RAPID RIVER, Mich. (AP) - A former shelter dog in Michigan is being credited with saving the life of a 3-year-old girl who was found naked and alone in freezing weather.

The Delta Animal Shelter shared a letter on Facebook from the family of Peanut, an abused dog that arrived at the shelter nearly a year ago. The family writes that Peanut alerted her owner that she wanted to go outside Friday and took him to a field behind the house on Michigan's Upper Peninsula. The owner found the little girl, brought her inside and called 911.

The Delta County Sheriff's Office confirms the story and says the girl is OK.

Authorities say they found the parents nearby in a residence with "unsafe and unsanitary living conditions."

The girl and another young girl were removed from the home. Prosecutors are reviewing the case.