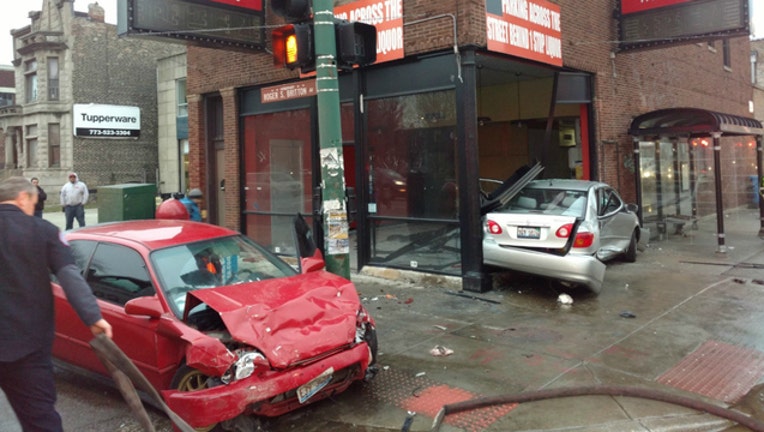 SUN-TIMES MEDIA WIRE - Four people were hospitalized after a car slammed into a building Tuesday afternoon in the McKinley Park neighborhood on the Southwest Side.

Chicago Fire Department paramedics responded about 4:15 to 35th and Western, where two cars collided, sending one of the crashing into the side of the former Zaytune Mediterranean Grill, according to Fire Media Affairs.

The restaurant is no longer open for business.

Four people were taken to hospitals in serious to critical condition, according to Fire Media.

Three of the injured persons were in cars and the fourth was a pedestrian taken to Mount Sinai Hospital in critical condition.