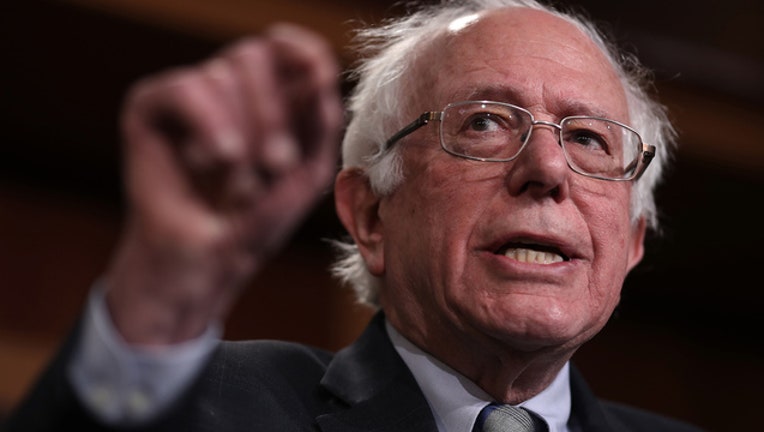 NEW YORK (AP) - Sen. Bernie Sanders took heat from some Democrats for holding a town hall on Fox News Channel but there's one result hard to argue with: it was the most-watched candidate event in the election campaign so far.

An estimated 2.55 million people saw Sanders' town hall Monday in Bethlehem, Pennsylvania, the Nielsen company said. Not only did that beat the 1.35 million people who saw Sanders on CNN on Feb. 25, the Fox telecast aired before prime time when traditionally the largest audience gathers.

Sen. Kamala Harris' CNN town hall in January was seen by 1.95 million viewers, the previous high for a 2020 presidential contender.

The Vermont senator also apparently had one prominent viewer in Washington. President Donald Trump tweeted Tuesday that it was "so weird to watch Crazy Bernie" on Fox News. He said Bret Baier, who co-anchored the event with Martha MacCallum, and the audience was "so smiley and nice."

Baier later tweeted his thanks to Trump for watching, and said he'd like to have the president on a town hall or for an interview on his nightly news show.

"We cover all sides," Baier said. While Trump is a frequent interview subject on Fox, he tends to avoid newsier personalities like Baier and Chris Wallace.

Later Tuesday, Trump claimed that "Many Trump Fans & Signs were outside of the @FoxNews Studio" during the Sanders event. "Big complaints about not being let in-stuffed with Bernie supporters," the president tweeted. "What's with @FoxNews?"

During the town hall, Sanders noted the blowback he'd gotten from some Democrats for appearing on Fox and took a few shots at the network, at one point drawing a rebuke from Baier.

"We are very grateful that you're here," Baier said. "We are giving you an hour of substance and talk on our airwaves so we can get over the Fox thing, if you're alright with that," he said.

Fox says it is in talks with other Democrats to have town halls on the network, but hasn't said who.

Democratic National Committee head Tom Perez said earlier Monday that the organization was not reconsidering its decision in February not to hold any of its upcoming debates on the network. He was responding to a question from Fox's Bill Hemmer about upcoming debates, which the DNC has scheduled on NBC News and CNN.

Fox chose not to pre-empt its opinionated prime-time lineup of Tucker Carlson, Sean Hannity and Laura Ingraham to show Sanders on Monday. The prime-time hosts spent relatively little time on the Sanders appearance that had preceded their shows.

"You saw crazy Bernie on the air tonight," Hannity said during his monologue. "That was hard to watch. ... Let's hear every communist idea we possibly can."