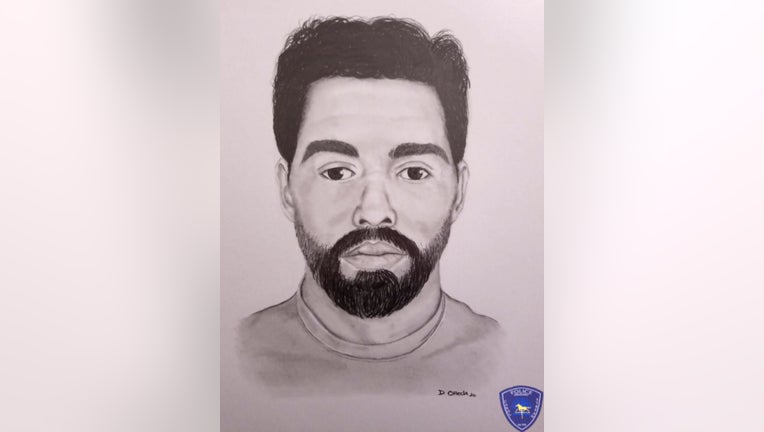 Police released a sketch of a suspect in an Aug. 7, 2020, attempted abduction in Carol Stream. | Carol Stream police

CAROL STREAM - A group of friends rescued a 13-year-old girl from an attempted abduction last Friday in Carol Stream in the west suburbs, according to police.

A man in his 20s came up behind the girl about 8:50 p.m. in the area of Flint Trail and Niagara Street and wrapped her in his arms, according to Carol Stream police spokesman Dino Heckermann.

He tried to pick her up, but three other children nearby came to her defense and hit him repeatedly until he let her go, Heckermann said.

“It was a unified front,” Heckermann said. “They went instinctively to the aid of their friend.”

The man left on a bicycle that was silver or blue with a basket behind the seat, police said in a wanted flyer.

The attack, which hasn’t been connected to another incident, Heckermann said, happened in a residential area about a block from Roy De Shane Elementary School.

The suspect was between 5-foot-10 and 6-feet-tall, slender build, with a full beard and deep voice, police said. He wore a T-shirt with bright white lettering and an unknown phone number and company on the back.