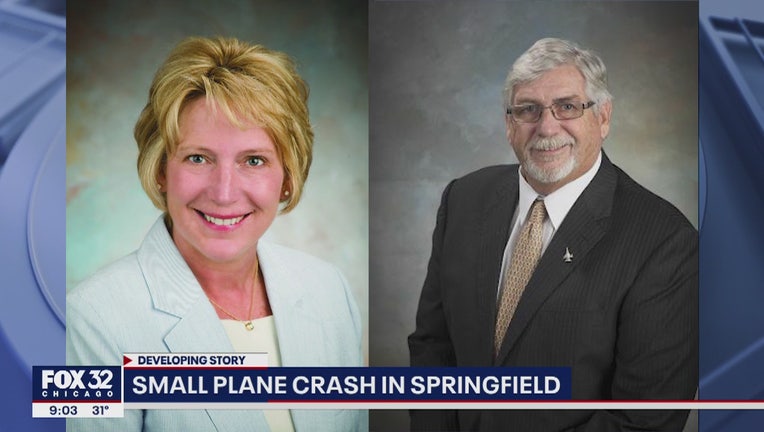 SPRINGFIELD, Ill. - Funeral services were held Tuesday for a former mayor of Springfield, Illinois and his medical examiner wife who died last week in the crash of a private plane.

Frank Edwards, 69, was appointed mayor by the Springfield City Council in December 2010 after the death of Mayor Tim Davlin. Cinda Edwards, 63, had been coroner since 2011.

Sangamon County Republican Party chairwoman Rosemarie Long said she helped Edwards in his last run for mayor and was supportive of Cinda Edwards’s work as coroner.

"They were a great couple,” Long said. "We’re going to miss them.”

Jim Allmon, Sangamon County’s chief deputy coroner, said Cinda Edwards was always a straight shooter who made everyone in the office feel like part of a team.

The twin-engine Piper Aerostar the couple were aboard went down around 3 p.m. on Jan. 28 in an unincorporated area of Sangamon County after taking off from Sarasota/Bradenton International Airport in Florida. Also killed was John Evans of Glenarm.

Services for Evans, the owner of a consulting firm, will be held Wednesday in Chatham.