Gary students to return to class after classmate shot

Some Gary high school students took part in remote learning again on Friday while school leaders worked on a new safety plan after one of their classmates was shot.

CHICAGO - Some Gary high school students took part in remote learning again on Friday while school leaders worked on a new safety plan after one of their classmates was shot.

School officials say West Side Leadership Academy students were on the school bus going home when some cars started trailing them. When they got off the bus there was some sort of incident and a teenager was shot.

The incident happened after the school had already started security checkpoints over safety concerns. Now they're ramping up their efforts.

Dr. Paige McNulty, manager of Gary schools, says they've identified the small group of students causing trouble and they are being sent to an alternative school. 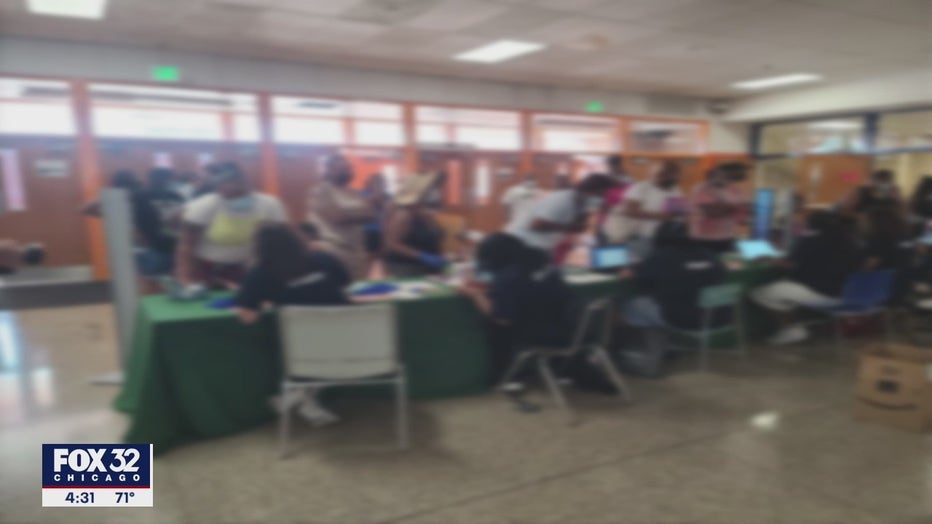 "Those students will no longer be in this school environment until we're able to ensure the safety of all the rest of the students, they will not be allowed back," McNulty said.

"That type of stuff is not going to be tolerated in our school, period. Although it did not happen on school grounds, it's still, we feel that it's a great burden on all of us because it's one of our students, it's one of our family members. And so we need to take this very seriously and we are going to take control of this school."

McNulty reiterated there are hundreds of kids doing the right thing.

She says they will be working with student ambassadors to encourage their classmates and bringing in local leaders too.

Students are set to return to class on Tuesday.