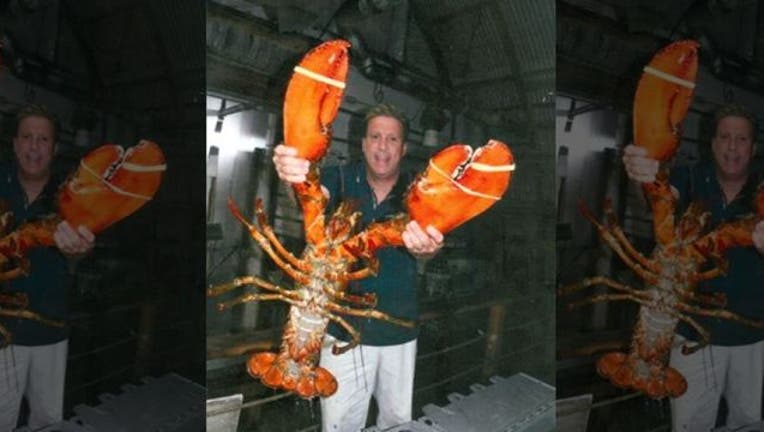 This giant lobster was weighs in at a whopping 23 lbs and is estimated to be 95 years old. (Danielle Parker)

Jordan’s Lobster Farm’s recent catch of the day is spending more time in photo shoots than in the pot.

The Long Island, N.Y. wholesaler and restaurant got delivery this week of a massive 23-pound lobster believed to be about 95 years old that has quickly become a local tourist attraction.

But this giant crustacean won’t ever be touching anyone’s lips, according to owner Stephen Jordan. He decided that instead of dishing up the ancient creature, he would let it live out its days swimming in the waters of the Long Island Aquarium and Exhibition Center.

“I just thought, being that age, it should get a few more years. And we’ve sent lobsters out there before; they’ll take good care of him,” Jordan said.