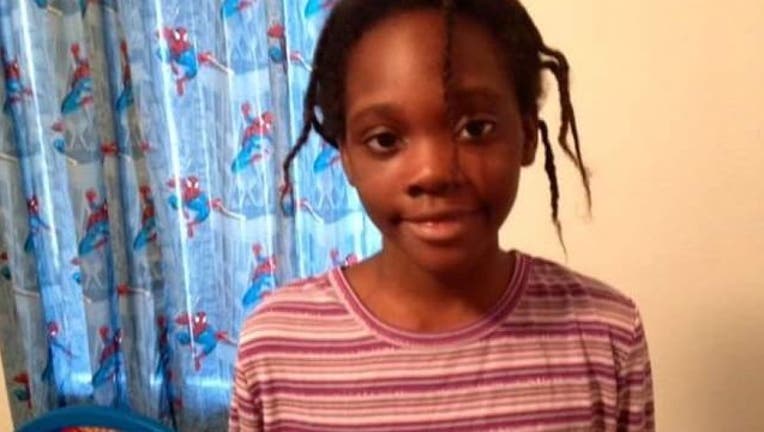 MIAMI (AP) — The body of an 11-year-old girl who had apparently been missing for more than a year — though authorities say no one reported her disappearance or questioned her whereabouts — was found in a freezer that her mother left at the home of some family members, police said Monday.

Janiya's grandmother and aunt told authorities that the girl's mother, 31-year-old Keishanna Thomas, and a man left the padlocked freezer at their home Wednesday, but they didn't yet realize a body was inside. Two days later, child protective service officers showed up at Thomas' apartment in Bradenton to remove her five children from the home, according to police and other state officials. Florida's Department of Children and Families had an open investigation on Thomas.

When the officers checked her home, they found only four children. Thomas wouldn't discuss the child's whereabouts, so a judge ordered her held on contempt of court charges.

Radzilowski said police in Bradenton — south of the Tampa Bay area — didn't know Janiya was missing until Friday, after the state's visit to the home.

"This child, depending on who you talk to, has been missing for one to two years," Radzilowski said. "And no one said anything. Not family members, not cousins, or uncles, or neighbors, or school officials. I'm so angry."

Janiya's grandmother and aunt decided to open the padlocked freezer in their garage after hearing police were looking for the child, Radzilowski said. They found the body and have been cooperating in the investigation, Radzilowski said.

Keishanna Thomas' sister, Ty Thomas, declined to discuss when she had last seen the girl when asked by The Associated Press.

"I don't want to get into all that because I don't really know everything," Ty Thomas said. "I don't know what's going on. I don't know. I'm still speechless."

The medical examiner's office is expected to officially identify the body and determine a cause of death.

It wasn't immediately clear whether Thomas was represented by an attorney who could be contacted for comment on the case.

Thomas had pulled the child out of school because of a medical condition and said she was home-schooling her, Police spokesman Lt. James Racky told reporters Sunday night.

The condition affected Janiya's digestion and bowel movements, Racky told The Bradenton Herald. He said the condition had killed the child's father and left her mother frustrated.

A Manatee County task force is conducting a homicide investigation. But Radzilowski said his department will also investigate the case from "beginning to end" to determine when the child went missing and who, if anyone, should have reported it.

Authorities say they also want to talk to a man who helped Thomas transport the freezer. They say they don't know his relationship to Keishanna Thomas.