COCHRAN, Ga. - A little Georgia girl with a rare disease got a special sweet treat when she became the boss for the day at her hometown Dairy Queen.

Little Allie got to become the boss for a day at her local Dairy Queen.

Allie Itson is only 8 years-old but has gone through a lot in life. Allie has been diagnosed with Moyamoya, a rare brain disease that causes her to have strokes.

Looking for a bit of relief and brightness while Allie was recovering from not one, but two brain surgeries, her family went to their neighborhood Dairy Queen in Cochran, Georgia.

"They had their own little conversation. They bonded," Allie's mom Diana Itson said. "It was like they were best friends before we left."

Diana was relieved to see her daughter smile in the midst of her medical battle. Little did they know, that small conversation would lead more than their family could imagine. 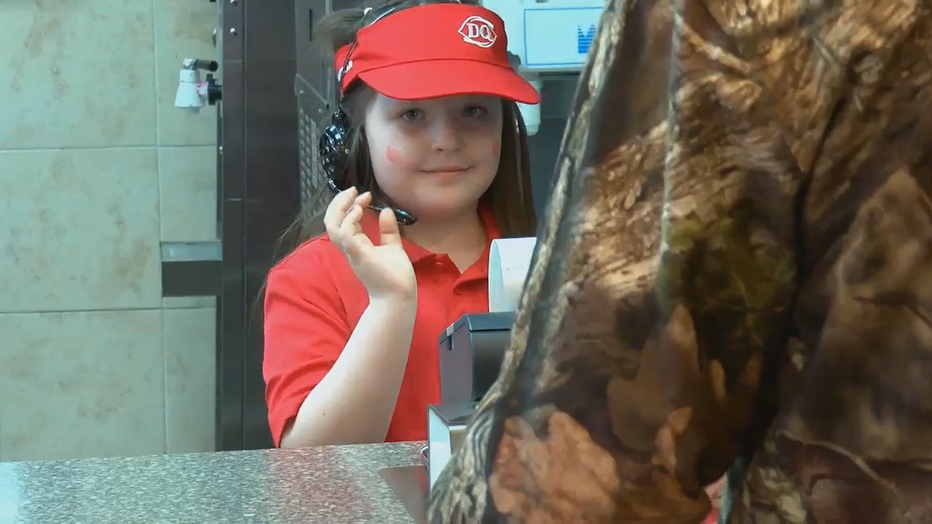 Allie has been diagnosed with Moyamoya, a rare brain disease that causes her to have strokes.

"I turned around and called my owner and said 'Hey let's do something for Allie to let her know that we care,'" the fast-food restaurant's manager Patrick Taylor said.

And they did by giving Allie a day of her own, allowing her to be the boss.

Allie impressed everyone with her customer service skills, leading some to believe she might have a future at the restaurant.

"The moment I put that vizor on her head this morning she's been a happy, happy girl," Diane Itson said.

Keep up to date on the latest news impacting your community with the FOX 5 Atlanta app.