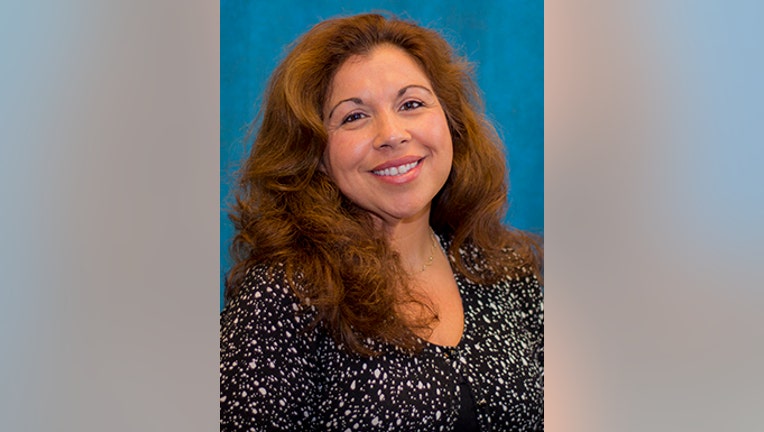 GLENDALE HEIGHTS, Ill. - The top administrator of west suburban Glendale Heights was placed on administrative leave after being charged with leaving the scene of a crash while driving under the influence.

Glendale Heights village administrator Raquel Becerra, 47, was allegedly driving about 2:40 p.m. Sept. 2 when she went through a stop sign at intersection of Schmale Road and West Stevenson Drive and crashed into a vehicle, according to Glendale Heights Deputy Police Chief Brandon Oliver.

No one was hurt in the crash, but Becerra allegedly left without stopping, Oliver said.

An arrest warrant was issued on Oct. 2 for Becerra, and she turned herself in at the Glendale Heights police department later that day, Oliver said. Becerra was released after posting a $100 bail, Oliver said.

Becerra is charged with two counts of driving of the influence of alcohol, one count of leaving the scene of a crash, one count of disobeying a stop sign and a count of failing to reduce speed to avoid a crash, Glendale Heights police said in a statement.

She took leave from her village job following the crash and was placed on paid administrative leave upon her return Oct. 7 “pending the outcome of an internal investigation,” according to a statement from Glendale Heights Village President Linda Jackson’s office. The investigation is being handled by the village attorney’s office.

“While President Jackson is disappointed in Raquel’s decision making on September 2, 2019, she is a twelve-year employee of the Village and is entitled to all due process rights under the law and Village policy as would be afforded to any other employee,” village officials wrote in the statement. “The Village will not be providing comment on this matter while the internal investigation is conducted and will further not speculate on the outcome of said internal investigation.”

Her next court date is set for Oct. 31 in DuPage County court.