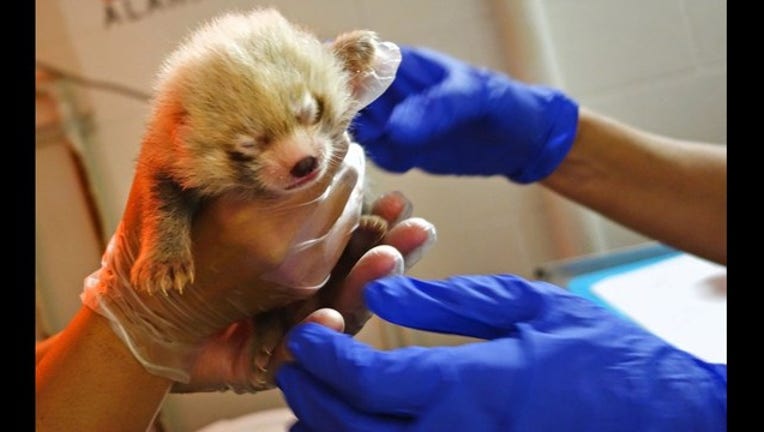 The red panda cubs born last month at Lincoln Park Zoo are a male and a female, which veterinarians discovered during their first physical exams last Friday. | Lincoln Park Zoo

The zoo announced Friday that their brother and sister cubs were named Addison and Clark in honor of the Chicago Cubs baseball team. The names were chosen by Sharon Zackfia, a supporter of the Lincoln Park Zoo.

Addison and Clark were born on June 26 to 5-year-old mother Leafa at the Kovler Lion House, where the red panda den is located.

The cubs and Leafa will remain in their off-exhibit den for several months as they continue to grow.  Phoenix, the cubs’ father, is still on exhibit daily at the Kovler Lion House.

Though they have panda in their name and look like raccoons, red pandas are actually not related to either species, according to the zoo. They hail from the Himalayan mountains and are considered “vulnerable” because of habitat loss and poaching.