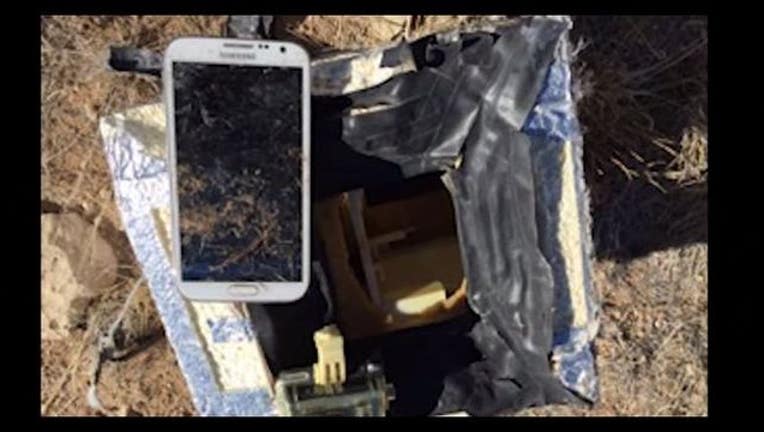 (FOX News) - It took five friends a couple months of planning to record the perfect GoPro shot. It took two years to get the footage back.

Members of the group recounted the amazing journey that took a GoPro camera from the terrain of Tuba City, Ariz., to the edge of space and back in posts on YouTube and Reddit. The June 2013 expedition was designed to capture breathtaking aerial views of the Grand Canyon and its surrounding area via a GoPro, camcorder and Galaxy Note II launched on a weather balloon.

After reaching a maximum altitude of about 18 miles, during a flight time of slightly more than 90 minutes, the payload fell to the desert floor – where it remained for about two years. The team was using the GPS on the smartphone to track the package, but they encountered a problem during the descent.

“The problem was that the coverage map we were relying on (looking at you, AT&T) was not accurate, so the phone never got signal as it came back to Earth, and we never heard from it,” the user trexarmsss wrote in a Reddit post.