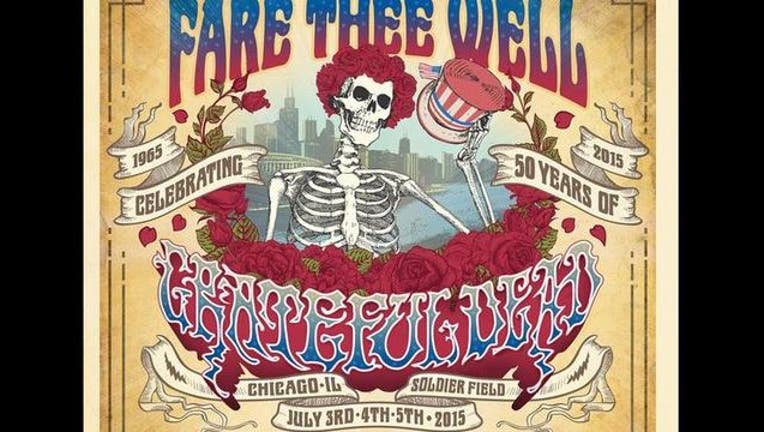 CHICAGO (AP) - City of Chicago officials say the Grateful Dead's set of final concerts over the Fourth of July weekend brought in more than $431,000 in hotel tax revenue for the city.

Chicago Mayor Rahm Emanuel's office said Wednesday morning that downtown hotel occupancy for the weekend was 77.7 percent. That's compared to the same weekend over the previous five years, which had an occupancy rate for leisure bookings at downtown Chicago hotels of 57.7 percent.

Soldier Field has said that 71,000 tickets were sold for the band's final show on July 5 - the most for any event at the lakefront stadium.