CHICAGO - A Lake County Sheriff's Canine apprehended a suspect on Friday who is accused of domestic battery.

On Aug. 21, Lake County Sheriff's Deputies responded to an aggravated domestic battery in the 33600 block of North Evergreen Drive.

Deputies learned that Mortensen allegedly battered a woman he was in a relationship with, used a weapon and stabbed her.

Police said he fled from the location, and they were unable to locate him.

On Friday, deputies received information that Mortensen was at a hospital for an unrelated medical matter and was about to be released.

Deputies arrived at the hospital and told Mortensen he was under arrest. He then fled on foot, police said. 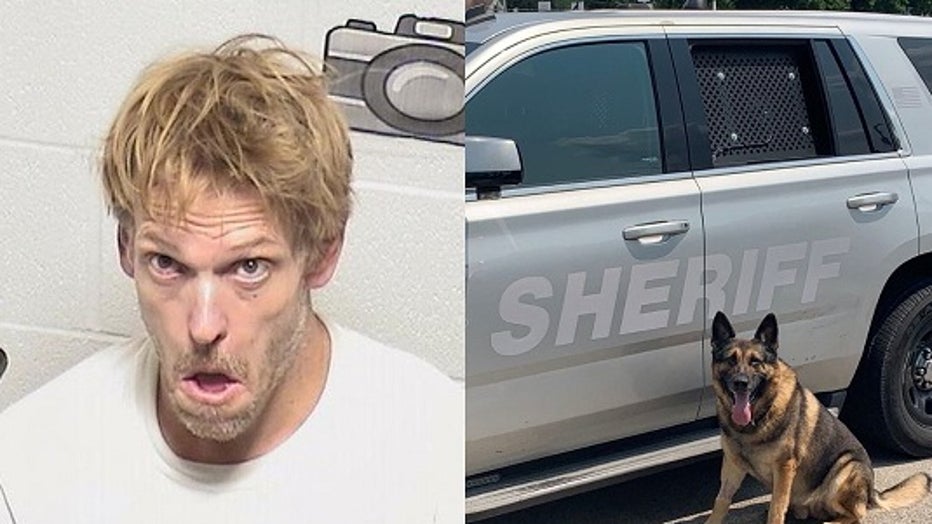 Mortensen was treated for the dog bite at an area hospital and was released.

He now remains in the Lake County Jail pending an initial court hearing.