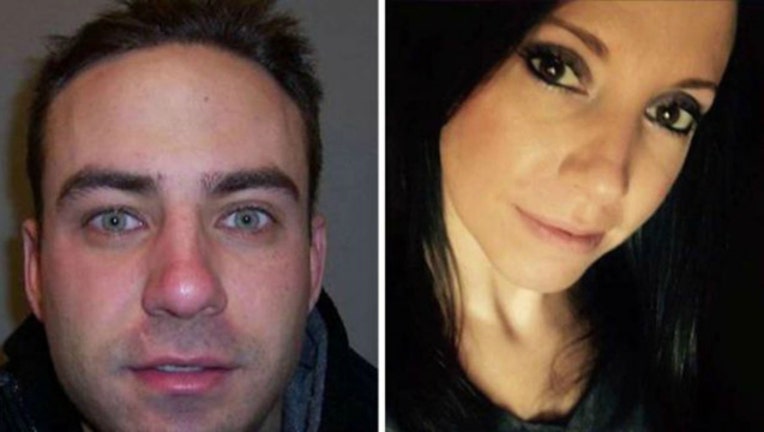 SEATTLE (AP) - A man dismembered a nurse and mother of three in her suburban home then drove her head and other remains to Seattle, where they were found in garbage bags in a recycling bin, authorities said Tuesday.

The disclosure came as a King County judge ordered the suspect in the case, John Robert Charlton, held on $2 million bail and prosecutors said he could face a second-degree murder charge.

Charlton has a criminal history. His parents had sought a restraining order against him in 2006, saying he had taken the movie "Hannibal" — about a serial killer — from a shelf and told his mother she should watch it and "beware."

Charlton, 37, was arrested Monday after police said remains believed to be those of Ingrid Lyne of Renton were found over the weekend in a homeowner's recycling bin. A head, arm with a hand, lower leg and foot were recovered, court documents state.

Lyne, 40, was reported missing on Saturday. The coroner's office was working to confirm the remains were hers.

Her family released a statement Tuesday, saying their hearts are broken and can never be fully mended.

"This weekend, a light went out of our lives forever. Ingrid, beloved mother, daughter, sister, and friend was taken from us for reasons we still cannot comprehend," the statement said.

Lyne had planned to go on a date to a Mariners baseball game Friday night, friends said. A neighbor told detectives she had been dating a man named John.

Charlton told police he went to the baseball game with Lyne and returned to her home that night but was so intoxicated he couldn't recall what happened. He said he had been dating Lyne for about a month.

Seattle police detectives searched Lyne's suburban home Sunday and found a 15-inch pruning saw near the bathtub, an empty box of plastic garbage bags identical to the type containing the body parts, and collected swabs of suspected blood, according to court documents.

Jennifer Worley, a King County prosecutor, said investigators found bits of human flesh and blood in the bathtub near the saw.

Police said Charlton had abrasions on his forehead and hand, injuries to his lip and chin, and scratches on his chest.

Gordon Hill, Charlton's public defender, said at a court appearance Tuesday that no forensic evidence had linked any particular person to the crime.

Hill also said no time of death was established in the certification of probable cause that overlaps with time Charlton was with Lyne.

The judge on Tuesday instructed media not to show Charlton's face, saying he didn't want to prejudice a potential jury trial.

In a 2006 filing for a restraining order in Thurston County Superior Court, south of Seattle, Charlton's parents said he had tried to provoke a fight with them while he was drunk and abusive.

Ray and JoAnn Charlton said he had told them "life was putting too much pressure on him" and he felt he was becoming mentally unstable.

The restraining order was later dismissed at the parents' request.

John Charlton was convicted that same year of aggravated robbery in Utah. He was also convicted of a 2009 felony theft in Montana and negligent driving in Washington state in 1998.

Charlton told police he spent Saturday and Sunday night at the Lake Stevens, Washington, home of a former girlfriend.

At a vigil held for Lyne Tuesday night near her Renton home, friend Jim Morrell described Lyne as smart with a sharp sense of humor and said she was a great mother and friend.

"We're all hurting," he said as he encouraged the crowd to support her family and especially three young daughters, in the days, months and years to come.