INDIANAPOLIS - Half of Indiana’s counties are now in the highest-risk level of COVID-19 spread as the latest infection surge across the state has pushed hospitalizations from the illness up 25% in the past week.

The weekly risk assessment from the Indiana Department of Health released Wednesday placed 46 of the state’s 92 counties in the highest-risk red category, with all but one other in the next-highest orange category.

Nearly all counties in the state’s northern one-third have red ratings, including Fort Wayne’s Allen County and South Bend’s St. Joseph County. Southwestern Indiana around Evansville has another pocket of red-rated counties.

The number of highest-risk counties is the highest Indiana has seen since the state’s worst COVID-19 surge last winter when 73 counties had red ratings in early January. The state listed just three counties with red ratings at the beginning of November. 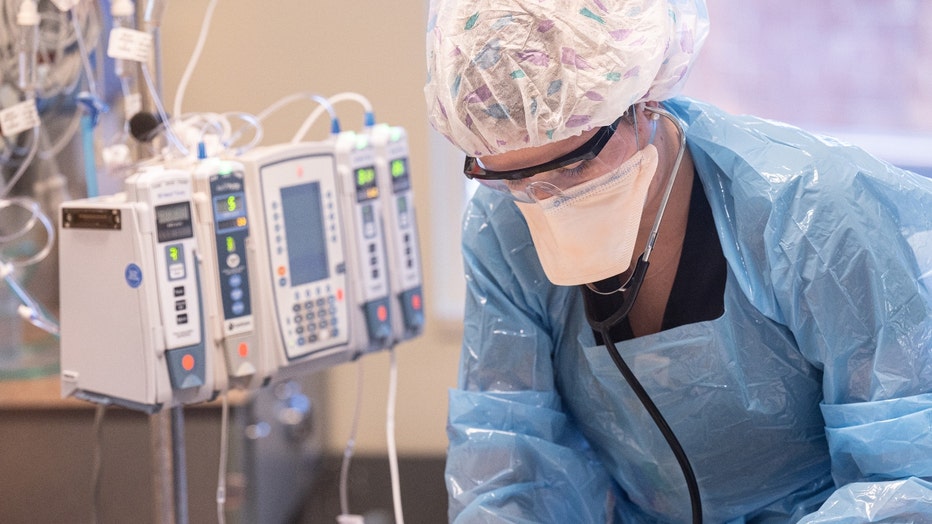 A healthcare worker tends to a patient on a ventilator in the Intensive Care Unit of Baptist Health Floyd on September 7, 2021 in New Albany, Indiana. Rising numbers of COVID-19 infected patients continue to add to the strain ICUs and emergency rooms (Jon Cherry/Getty Images / Getty Images)

Indiana hospitals reported about 2,750 COVID-19 patients as of Tuesday. That number has more than doubled in the past four weeks, putting a strain on hospitals across the state.

The COVID-19 hospitalizations are now higher than Indiana’s summer surge that peaked in September and is approaching the pandemic peak reached in late 2020. A top Indiana hospital official said this week the current surge might not peak for another month.

The surge has also pushed up Indiana’s average of COVID-19 deaths to more than 30 per day after it was below five a day in July.