HOBART, Ind. - A Hammond man has been charged after allegedly providing false information to take a vehicle for a test drive with a salesman at Bosco Family Motors, accelerating to over 100 mph and crashing into a semi-trailer.

LeDarien Devontae Deshon Gregory is charged with kidnapping, auto theft, identity deception and operating a vehicle without ever receiving a license.

On Wednesday at about 4:30 p.m. Indiana State Police received a 911 call from a passenger in a vehicle that was traveling on 1-80/94 near the 10 mile-marker.

Authorities said the caller said he was being held against his will in a vehicle that had been taken for a test drive by Gregory. 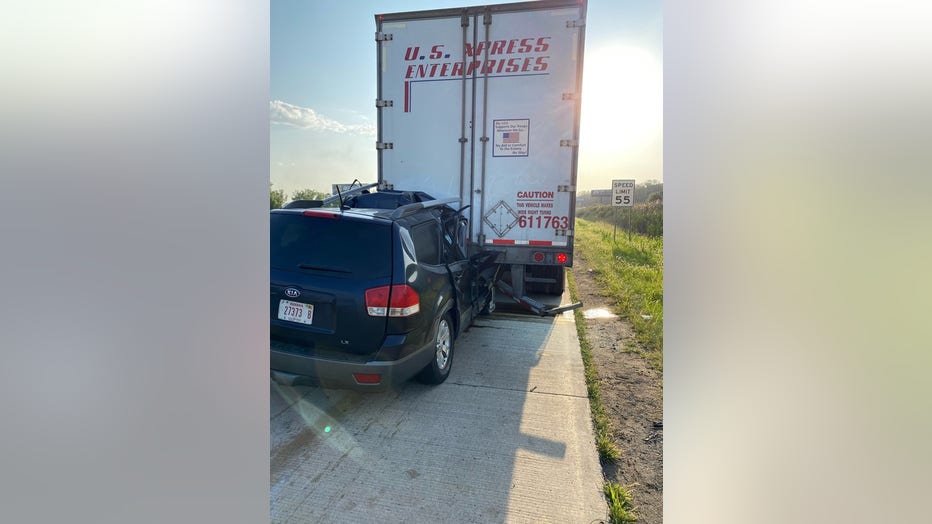 Gregory was allegedly driving at a high rate of speed and refused to let the victim get out of the vehicle.

While the victim was on the phone with 911 dispatchers, authorities said Gregory rear-ended a semi-trailer.

The impact resulted in the car catching on fire and the victim being partially trapped inside the vehicle, authorities said.

Good Samaritans pulled the victim out of the vehicle and helped troopers put out the vehicle fire.

Gregory was located walking away from the scene.

Both Gregory and the victim, who is a salesman at the dealership in Hobart, were transported to the hospital for treatment.

The driver of the semi was not hurt, authorities said.

The victim was later flown to Loyola University hospital for serious injuries.

Gregory was released from the hospital and transported to the Lake County Jail.