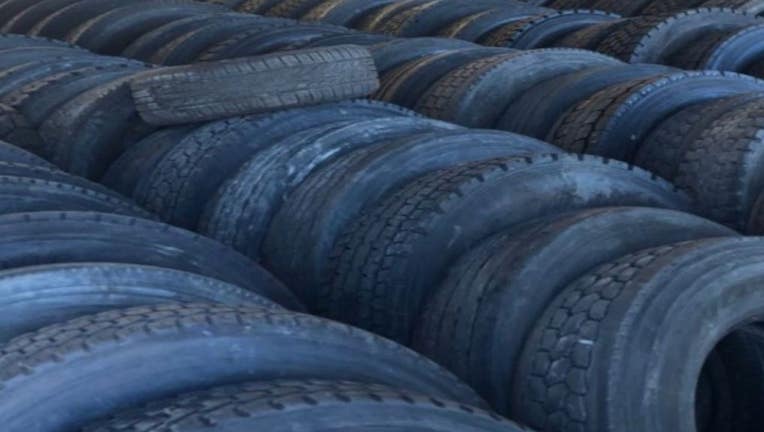 Officers recovered more than 300 tires while executing a search warrant in the 16000 block of Emerald Avenue, according to a statement from Harvey police.

Leroy Burton was arrested and charged with felony counts of possession of stolen merchandise.