The former head of the FDA said that while the Delta variant currently accounts for about 10% of coronavirus infections in the U.S., it’s doubling at a rate of every two weeks meaning "it’s probably going to become the dominant strain."

However, Dr. Scott Gottlieb, who was appearing on CBS’s "Face the Nation," said, that doesn’t necessarily mean there will be a sharp rise in infections over the coming weeks.

"Right now in the U.S., it’s about 10% of infections doubling every two weeks, so it’s probably going to become the dominant strain here in the U.S.," he said. "That doesn’t mean we’re going to see a sharp uptick in infections but it does mean that this is going to take over and I think the risk is really to the fall that this could spike a new epidemic heading into the fall."

One of the concerns, he noted, is that people who are infected with the Delta variant appear to carry higher viral loads for longer periods of time, meaning they shed more virus. He said early data indicates that it may be 60% more transmissible than the Alpha variant, which was the first strain to overtake the wild type in the U.S. 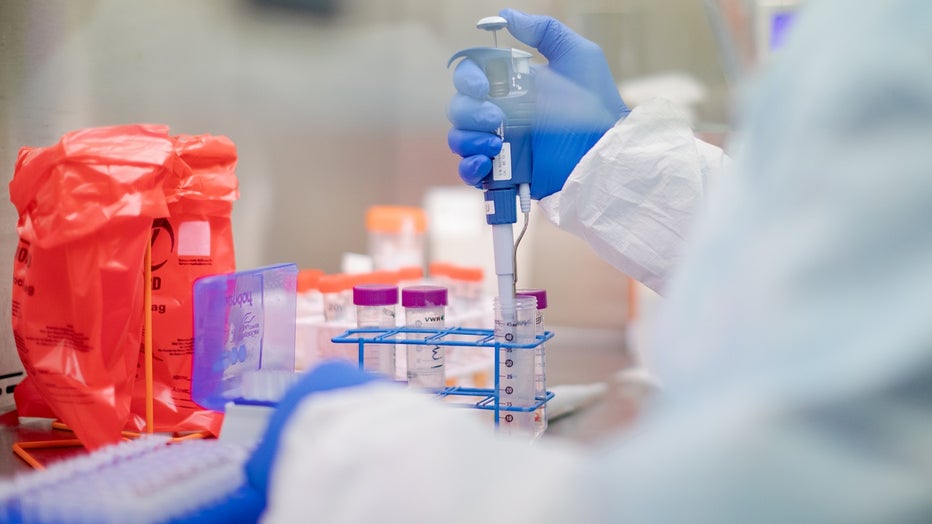 Microbiologist Kerry Pollard performs a manual extraction of the coronavirus inside the extraction lab at the Pennsylvania Department of Health. (Office of Gov. Tom Wolf)

The good news, Gottlieb said, is that the vaccines appear to work well against the Delta variant with the mRNA jabs showing about 88% effectiveness and the viral vector products showing 60% effectiveness. The risk is especially high in parts of the country where vaccination rates are lagging.

"We have the tools to control this and defeat it, we just need to use those tools," he said.

The Delta variant, which first emerged in India, is currently classified as a variant of interest by the Centers for Disease Control and Prevention (CDC), which unlike the World Health Organization (WHO) has yet to elevate its status to a variant of concern. The CDC lists the Alpha, Beta, Epsilon and Gamma as variants of concern, while the Eta, Iota, Kappa, Delta and Zeta remain variants of interest.